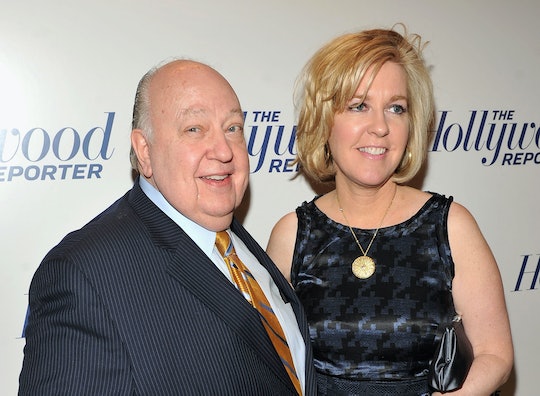 On Thursday, it was announced that former Fox News chairman, Roger Ailes, had died. The announcement came from reports circulating that Roger Ailes' wife, Elizabeth Ailes, had released a statement about her husband's death. In the statement, Elizabeth says that her late husband was "loving" and "loyal" to many. The tribute will certainly leave many recalling the alleged sexual harassment allegations her late husband faced recently. Her statement, in full, is below.

I am profoundly sad and heartbroken to report that my husband, Roger Ailes, passed away this morning. Roger was a loving husband to me, to his son Zachary, and a loyal friend to many. He was also a patriot, profoundly grateful to live in a country that gave him so much opportunity to work hard, to rise—and to give back. During a career that stretched over more than five decades, his work in entertainment, in politics, and in news affected the lives of many millions. And so even as we mourn his death, we celebrate his life...

Website Frost Snow reports that Roger Ailes became engaged to Elizabeth Tilson in 1997, the couple marrying a year later. They had one son together, who has remained relatively unknown in the midst of the scandal Roger found himself surrounded in.

Elizabeth previously had experience in publishing and reporting, the Putnam Daily Voice reported in 2016. The former Fox News head's wife was once listed as the owner and publisher of The Putnam County Courier and the Putnam County News & Recorder, before being sold to another publisher at the end of the previous year.

In July 2016, Roger Ailes resigned from his position at Fox News, as his public image continued to be tarnished by reports of sexual harassment.

While it is Elizabeth Ailes' own prerogative to remember her husband in a statement however she sees fit, many are taking to Twitter to shine a light on the allegations that Ailes faced throughout his career. It is a reminder to those praising the 20 year TV veteran in his passing that there are some news stories that cannot be ignored.