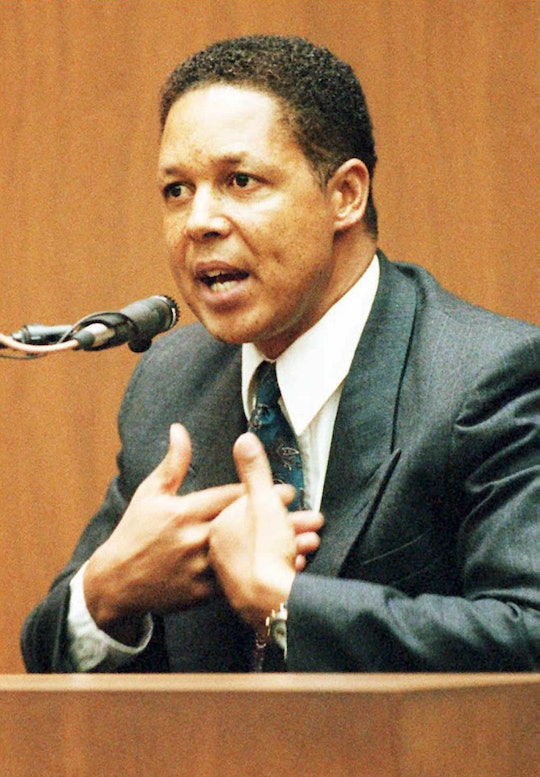 Who Is Ron Shipp? He Was An Important Player In The O.J. Simpson Case

The People v. O.J. Simpson was a thorough examination of the O.J. Simpson murder trial, but it was also thoroughly fictional; it didn't cover absolutely every detail, in part because it was telling a specific narrative. It wasn't a documentary. However, the new documentary O.J.: Made In America is diving deeper into the details of the trial and bringing to the forefront certain things that may have been forgotten in the recent resurgence of interest in the case. One important person not included in the FX series is Ron Shipp, whose testimony had a big impact even if it didn't end up changing the outcome of the case. Who is Ron Shipp during the O.J. Simpson case?

Ron Shipp is a former L.A.P.D. officer who was a good friend of Simpson's at the time of the murders. Unlike some of Simpson's friends, Shipp truly believed (and still believes to this day) that Simpson was guilty of Nicole Brown Simpson and Ron Goldman's murders. Shipp even testified against Simpson at the trial, which was important for a few reasons. As a former officer who had brought many partners and co-workers to Simpson's home before, he could testify that there was none of the animosity between the L.A.P.D and Simpson that the defense relied on to build their case that Simpson was being framed. Shipp also had personal insight into Simpson and Brown's relationship.

Ron Shipp first met Simpson when he was a teenager. Shipp's brother had played football against Simpson in college, so when they met he was already a larger than life figure. Shipp has described him as a hero. After being acquaintances for years, they reconnected when Shipp joined the police force and remained friends up until the trial. Though Shipp clearly idolized Simpson to some extent (as many did) and was under the impression the Simpsons had a wonderful marriage, the murders changed all of that.

According to Shipp, who "taught domestic violence", Brown revealed her own experiences with domestic violence at home one day to her confidant. Shipp says that the discussion resonated with Brown, who recognized many of of Simpson's traits in the abuser profile Shipp provided her with. Though Simpson claimed that he had merely been acting in self-defense because Brown was hitting him, Brown had pictures of her bruises from other, similar fights. Even after that, Shipp was still resistant to believing his friend could be capable of such violence. "I gave this guy so much leeway," Shipp told Vanity Fair.

After hearing about the murders, Shipp went to Simpson's home and the first thing he noticed was the cut on Simpson's hand. Simpson provided several conflicting explanations for the injury, but as a police officer Shipp knew that, in his words, "whenever people repeatedly stab people, they always seem to cut themselves." Shipp still didn't want to believe Simpson could be responsible for what happened, but then he asked Shipp how long it took DNA results to be processed, which Shipp found suspicious. It was all adding up in a way he couldn't ignore.

Because of his conflicting feelings, Shipp resisted being a part of Simpson's defense team; he didn't want to get involved at all. However, a meeting with Christopher Darden changed his mind and Shipp agreed to testify for the prosecution. In his testimony, Shipp mentioned Simpson's inquiry about DNA evidence and also reported that Simpson once said he had "dreams" of killing Brown. Though the defense tried to paint Shipp as a fame-hungry alcoholic trying to piggyback off the scandal to get attention, Shipp denied that; he only wanted to stand up for what he believed to be right. He had considered Brown to be like a younger sister to him.

"I'm doing this for my conscience and my peace of mind," Shipp said during the trial. "I will not have the blood of Nicole on Ron Shipp. I can sleep at night, unlike a lot of others."

Shipp's testimony wasn't enough to sway the jury to convict, but it was significant that a close friend of Simpson's (who was also a cop) spoke out against him. Shipp still hopes that Simpson will confess some day, and he's just as convinced of Simpson's guilt as he was during the trial.