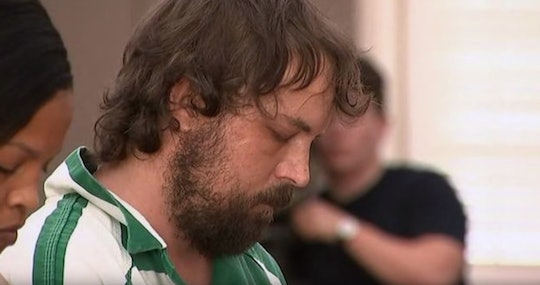 When the podcast Up and Vanished aired in 2017, it created a whole new troop of internet sleuths. The podcast followed the disappearance of Tara Grinstead, and it eventually led to a tip that prompted the Georgia Bureau of Investigations to arrest Ryan Alexander Duke. The upcoming Up and Vanished TV special is set to feature new details of his involvement, so true crime sleuths are curious to know, exactly who is Ryan Duke?

Ryan Alexander Duke is a 30-year-old man from Ocilla, Georgia, the town where Grinstead went missing. At the time she disappeared, Grinstead was a 11th-grade history teacher at Irwin County High School in Ocilla, the same high school Duke had attended just three years prior, but according to NBC Miami, there is no indication that he was in any of her classes. A teacher from the school and friend of Grinstead, Wendy McFarland, told NBC Miami that Duke was a “nice” and “bright young man” who was a polite athlete that played for the school’s tennis team.

The 30-year-old beauty queen and high school teacher was last seen on October, 22, 2005, a day she spent coaching pageant contestants and enjoying time with friends at a local barbecue, reported CBS News. Grinstead was supposed to be at work in the high school on Monday morning, but when she failed to show up, her friends and family notified the authorities. Investigators found her car in her driveway, and all the doors to her home locked, with her cell phone and pets safely inside. The only red flags they found were that her purse and keys were missing, there was a broken lamp in her bedroom, and a latex glove was found in her front yard. The case went cold, and remained cold, until the Up and Vanished podcast aired and put new pressure on the case.

A tip was called into the Georgia Bureau of Investigation, and two men were subsequently arrested. According to Fox 24, the tipster alleged that another Ocilla man, Bo Dukes, helped Duke dispose of Grinstead’s body after confessing to her murder. Ryan Duke was arrested on charges of murder, aggravated assault, burglary, and concealment of a body, and Bo Dukes was charged with concealing a death, tampering with evidence, and hindering the apprehension of a criminal. Dukes’ indictment alleges that he helped Ryan Duke burn Grinstead’s body at Dukes’ uncle’s pecan orchard a few days after her death.

Apparently, this wasn’t the first time the authorities were alerted to the men's’ involvement in Grinstead’s murder. According to the The Atlanta Journal-Constitution, recent court documents claim that Duke and Dukes were friends in high school, and that they confessed to Grinstead's murder at a party weeks after her disappearance. The documents note that authorities were notified of the duo’s alleged confession, but never made any arrests.

Bo Dukes has had a few notable run-ins with the law, but Ryan Duke doesn’t really have a much of a criminal history. He was arrested for a DUI in 2010, reported 13 WMAZ, and was released on bond to his parents. According to the report, Duke’s mother called the police in the early morning shortly after he was released, and requested that they take him back to jail, but the reason for her request was never given.

There isn’t much else known about Duke, or why he allegedly killed Grinstead. Some Up and Vanished fans think it was stalking, and others believe it may have been a burglary gone wrong. Hopefully, with the new TV special airing this week, viewers will get more insight on to what really happened that fateful October day.