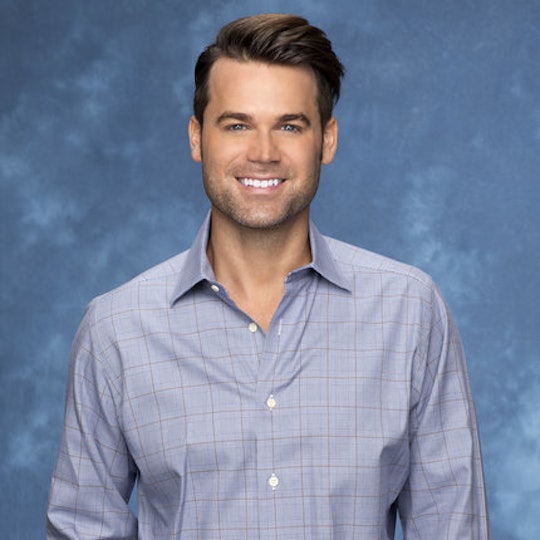 Who Is Ryan On 'Bachelor In Paradise'? He's Very Accomplished

Bachelor in Paradise is culling a lot of their contestants from the last few seasons of The Bachelor and The Bachelorette, and giving those with recent heartbreak a second go at dating on TV in luxury locales while, presumably, sniping at each other every time the love confessions cease for a minute or two. It's the stuff reality television dreams are made of. Before they all pop back up on the show, it's time to try and remember all of those past contestants you may have forgotten. Like, who is Ryan Beckett on Bachelor in Paradise?

Ryan was a suitor during Kaitlyn Bristowe's season of The Bachelorette and he only made it to week four before being cut loose. Ryan is a realtor from Wellington, Florida, a career he returned to after his time on the show. He's also the co-founder of Hubdin, a site and app that allows someone to search for potential homes in a way that is tailored to their personality. The Hubdin website purports that the company will create "a unique 'hub' for you by by identifying the best neighborhood to live in based on your desired location, interests, activities, job opportunities and nearby schools."

Ryan is an animal-lover and vegetarian whose hobbies include polo, show jumping, golf, and tennis. He used to work for (and co-own) Equestrian Sotheby’s International Realty with his ex-girlfriend, though it doesn't seem like he works there anymore; he's no longer listed on the site's associates page. Ryan received his undergraduate degree in Finance and Real Estate from Florida State University, and also has an M.B.A. from Palm Beach Atlantic University. He's also a lover of charity, riding his bike cross-country for Dan & Ronny's Animal Rescue in 2009. All in all he's pretty accomplished.

He doesn't seem to have any hard feelings about exiting the show early, but an interview with the Palm Beach Post from 2015 shows he has some regrets about being a little too low-key. According to Ryan, he regretted not letting go enough. "I would not be so guarded," he said. "I think that in real life, I’m a little more guarded."

Though he didn't end up getting very close to Bachelorette Kaitlyn, he did bond quickly with the other guys because they were all so sequestered. This could end up boding well for getting along with other past contestants on Bachelor in Paradise. Hopefully Ryan will be able to let go more on a show where there's a little less pressure and a little more freedom.