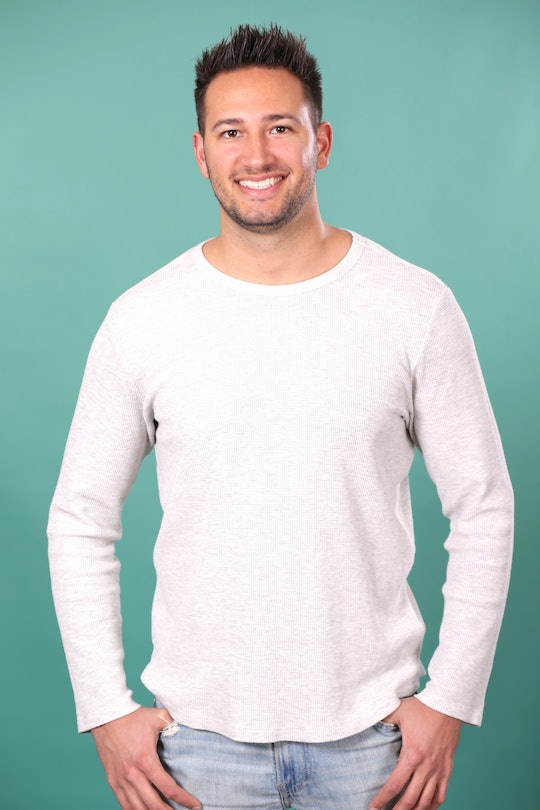 Hannah B. Might Have Her Hands Full With This 'Bachelorette' Contestant

One of your seasonal faves, The Bachelorette, is ready to suck you back in. With 30 men competing for Hannah's love, it's almost like you're on a journey of your own. For Hannah to choose the man of her dreams, she'll have to get to know each one, and fast. Same goes for you. So who is Scott on The Bachelorette this season? This one already has a reputation.

There isn't much to find about this mysterious man on the internet. That's not a bad thing necessarily, but in Bachelor Nation history, it could be a sign of shadiness. I've done some digging, and while Scott doesn't have a presence on social media, he's already on Hannah's bad side, so that's strike one. In the premiere's promo, Hannah can be seen confronting the contestant saying, "We need to talk." That phrase alone is unsettling enough, but once they're on the couch, she said, "You have a girlfriend." Oof. Strike two.

Questionable facts aside, Scott's bio says he's a "sales executive from the Windy City." His hobbies include closing deals, day drinking with his friends on rooftops, watching sports, and "schmoozing waitresses into giving him free food and drinks." He also loves himself some Kris Jenner, and was quoted saying he's a catch because, "I'm employed with a real job and have friends who are a blast to be around. Along with all that, I come from a great family." Um, cool? I'm just gonna go ahead and give strike three because that's a lot to come back from. Hannah might like all this, but I'm not so sure.

If there's one thing to know about this season's Bachelorette, it's that she puts herself into situations 100 percent. During her appearance on Colton's season, she didn't back down from a single dare, challenge, or competition. Now that she's calling the shots, I'm not so sure she'll take whatever she can get. As "charming" as Scott sounds, that whole girlfriend conversation may go sideways, leaving Hannah with one less dude, and Scott back to day drinking with his buds on a rooftop somewhere.

With the addition of Hannah's friends and former cast mates, Demi and Katie, any ill feelings about Scott during introductions will be addressed head on. In case you haven't heard, the two will be known as "Hannah's Angels," and will run surveillance from a van to maybe provide a little comic relief as well as give some commentary on Hannah's potential mates. I honestly can't wait to hear their first impression on Scott because, well, it's a lot to take in.

Well, Bachelor Nation, I tried but unfortunately, Scott doesn't come with a whole lot of positive vibes. He may have a good introduction, but I'm curious as to how this girlfriend business ends. Will Hannah kick him out? Will he deny deny deny? Will the girlfriend show up at the mansion (there is precedent, after all)? Maybe it's all one big misunderstanding. So many questions, so little time. If anything, this just gives fans one more reason to tune in before Bachelor in Paradise gets underway. Speaking of, that sounds like the exact place Scott might flourish.