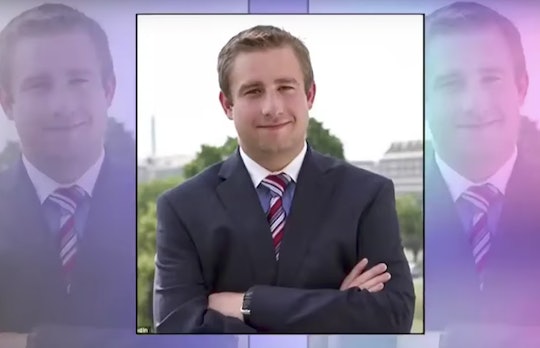 It can be hard to keep up with the clown car of conspiracy theories that have plagued the American electorate since the 2016 election cycle. One such conspiracy theory recently gained more mainstream coverage than the others: the July 2016 death of Democratic National Committee staff Seth Rich. Who is Seth Rich? An investigative report by NPR, his death was allegedly used by FOX News, with help from the Trump administration, as a way of distracting from the ongoing and escalating Russian collusion investigation.

The accusation that FoxNews.com published Malia Zimmerman’s story to help detract from coverage of the Russia collusion issue is completely erroneous. The retraction of this story is still being investigated internally and we have no evidence that Rod Wheeler was misquoted by Zimmerman. Additionally, FOX News vehemently denies the race discrimination claims in the lawsuit — the dispute between Zimmerman and Rod Wheeler has nothing to do with race.

Seth Rich was a 27-year-old staffer for the DNC, specifically working on voter expansion data. On the evening of July 10, 2016, Rich was shot multiple times in the Bloomingdale neighborhood of Washington D.C., according to CNN. Rich died of his injuries on the way to the hospital. Rich's murder remains remains unsolved, more than a year later.

The timing of his death — just two weeks before the DNC Convention where former Secretary of State Hillary Clinton would become the first female presidential nominee — quickly warped into a delirious conspiracy theory aided by Wikileaks founder Julian Assange less than a month after Rich was murdered. Since then, the Seth Rich murder conspiracy has taken on a deliberately politicized life of its own, much to the outrage and exasperation of Rich's own family.

But before Rich would tragically become a conspiracy theory buzzword, he was a dedicated progressive with an impressive resume at his young age. A native of Omaha, Nebraska, Rich graduated from Creighton University in 2011 with a B.A. in political science. According to his obituary, Rich was involved with the Democratic Party since he was in high school. In his eulogy for the 27-year-old with a promising career in politics, Rabbi Steven Abraham noted that Rich was involved extensively in Jewish outreach activities growing up. Rich began working for the DNC in 2014 as a voter expansion data director, working on a computer program to help voters find their polling locations on Election Day, according to The Omaha World-Herald.

Then-DNC Chairwoman Sen. Debbie Wasserman Schultz praised Rich in a statement following his death, saying, "Seth Rich was a dedicated, selfless public servant who worked tirelessly to protect the most sacred right we share as Americans — the right to vote." POLITICO reported at the time that Rich's death was felt across the DNC; at a New Hampshire campaign stop two days after Rich's murder, the then-presumptive Democratic candidate Hillary Clinton mentioned Rich's murder in a speech about gun safety.

According to a lawsuit filed Tuesday by FOX News commentator Rod Wheeler, he alleged that FOX News fabricated quotes about Rich's murder in a now-retracted story about Seth Rich that appeared on Hannity in May. For Rich's parents, their son's death remains unsolved more than a year later, and the endless conspiracy theories about his death being politicized and publicized by conservative media have only made it that much more difficult for them to heal from their tragic loss.