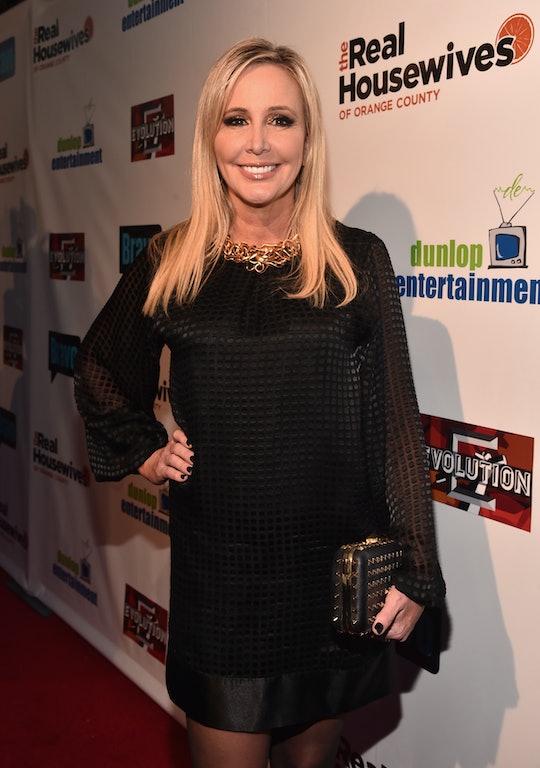 'RHOC's Shannon Beador Seems Happier Than Ever With Her New Boyfriend

It's been a whirlwind of a few years for Real Housewives of Orange County star Shannon Beador. After a decade on primetime allowing the world at large an intimate look at all the love, loss, arguments, and reconciliations, it seems as though the tides have once again turned and a happy ending is on the horizon. In fact, the reality star has a new love interest — but who is Shannon Beador's boyfriend?

After coping with a very painful — and public — split from her former husband, David Beador, the Bravo star seems elated to have found a much better match for her in her new partner, John Janssen, according to Bravo TV. According to his LinkedIn page, Janssen is the president of an insurance brokerage in Orange County, where he's been for almost two decades. He and Beador both attended the University of Southern California.

It seems that Janssen does not have any (public) social media accounts, which may actually be appealing to Beador, whose life has been overtly public for so many years now. It seems that the two are genuinely enjoying their time together after having connected, and for her part, Beador truly seems happier with Janssen than she's ever been before.

In a recent interview with Us Weekly, Beador opened up about their relationship: how they met, how they're doing, and what the future might hold. "I’ve never been happier. I’m in a really great place,” she told the magazine in April, sharing that the couple connected through friends they both knew in college. "My friends have known him for 30 years, so I didn’t have to make sure he was there for the right reasons… He’s just a great person. I have a great connection with him… I’m very much in love."

She also shared that she felt she was not part of a "team" in her previous marriage, and that her relationship with Janssen is so solid, she would even consider getting married again. "What lacked in my marriage before is I want to be part of a partnership and team. I’m looking forward to that... I’m 55 years old. I haven’t wanted to rush into anything. I’ve got one shot left if I want to be realistic… I want to be certain this time that everything is gonna be good."

Though Janssen isn't on social media, he's been pretty present on Beador's Instagram feed, as she's shared everything from trips to date nights, and her fans and followers have expressed their sincere happiness that she's found a great relationship.

"I love it when the WOMAN does the upgrading!! Way to go girl. You deserve the best," one comment read. "Happiness looks good on you Shannon! I’m glad you stuck around on Housewives so everyone could see your transformation!" another said.

Earlier this year, as People reported, she and her former husband settled their divorce, during which Beador reportedly walked away with $1.4 million and $10,000 per month in spousal and child support. Beador and her ex share three daughters together, according to Bravo TV.

It's great to see that Beador has moved on, and seems to be in a supportive, healthy relationship where she can begin a new, happier chapter in her life.