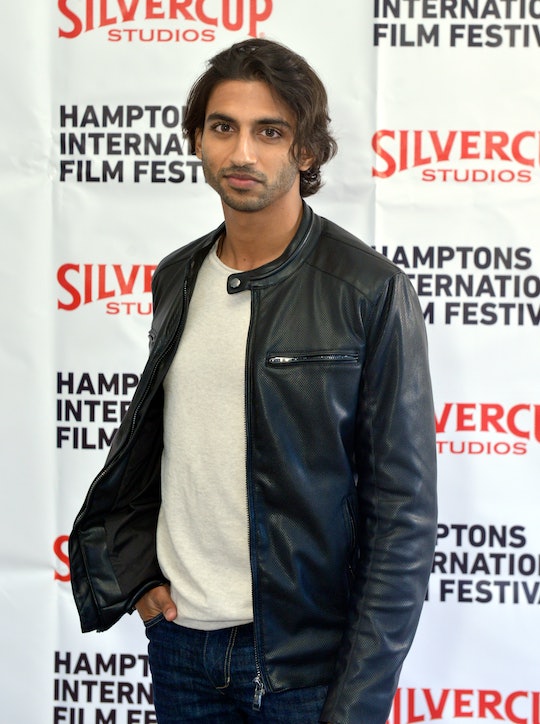 Carl Made A New Friend On 'The Walking Dead'

A new character was formally introduced on The Walking Dead in "The King, the Widow, and Rick" named Siddiq, a lonely wanderer whom Carl befriended. Siddiq might have been familiar to viewers who have read the comics that the show is based on, but those who skipped the source material might be wondering: who is Siddiq in The Walking Dead comics?

Siddiq actually made his first appearance in the premiere of Season 8, though he didn't get a chance to share his name until Episode 6. Carl and Rick had happened across him at a gas station and Rick fired warning shots into the air to scare the stranger off. Carl, however, was intrigued by what Siddiq had to say and left supplies for him, though they didn't get to have a proper conversation in Episode 6. Carl gave Siddiq some food and water before they bonded a little over their respective mothers' words of wisdom. Siddiq's story in the comics was a little bit different, though.

Siddiq was introduced in Issue #127 of The Walking Dead, where he was already ensconced in Alexandria. After the war against the Saviors ended in a victory for Rick, Siddiq was among those who helped rebuild.

Siddiq was introduced after a time jump in the comics skipped from the end of the war against the Saviors to a few years in the future. The communities were all doing well and Negan was being held prisoner in an Alexandrian cell, but unfortunately there's no end to the threats in The Walking Dead. A new group called the Whisperers emerged who were intensely territorial and killed several Alexandrian allies. Siddiq helped patrol Alexandria and also undertook a mission to Oceanside to recruit more soldiers for the upcoming fight against the Whisperers. He was unsuccessful, though the jaunt did reveal that Siddiq had formerly been first mate on a fishing boat called the Companion.

Siddiq didn't stay a fringe character for long. He became romantically involved with Rosita, though it wasn't a straightforward situation. Grief-stricken after Abraham's death, Comics Rosita found comfort in Eugene and eventually married him, though that didn't stop her from falling for Siddiq and getting pregnant. Eugene thought he might have been the father of her unborn child until the truth came out. Ultimately, Rosita was killed by the Whisperers.

Since Siddiq's introduction was much earlier on the show, his story might end up playing out differently. Carl seemed intent upon bringing Siddiq back to the community, especially since he announced that he was now responsible for Siddiq during their conversation in the woods. That means Siddiq and Rosita could meet this season, and a love connection could spark. It would be a lot less complicated since they're both single, though hopefully it won't have the same tragic ending that their relationship in the comics did.

It seems unlikely that Rosita will be getting involved with Eugene any time soon, especially since he seems to have really settled into his position in the hierarchy of Saviors. Even if Eugene does end up coming back to Rick's side, Rosita might hold a grudge against him for his betrayal (and rightfully so). Now that Siddiq is here, it seems a lot more likely that they will end up involved on the show within the next season or so.

However, there are any number of directions Siddiq's story could take because his journey has only just begun. The show may choose to follow the comics, particularly because it's been doing so more and more lately, but it could always deviate from that path. Regardless of what's to come, fans are sure to be intrigued by this new arrival in Alexandria. Siddiq might prove important as the season unfolds.