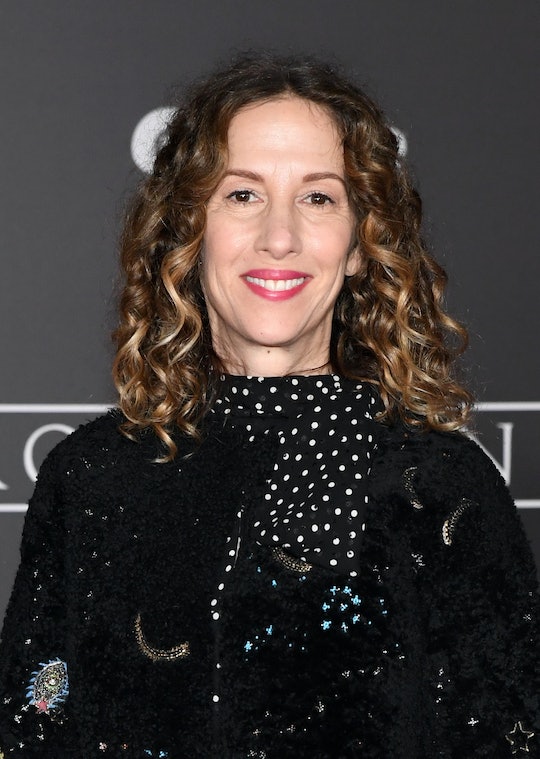 As you've probably heard by now, the newest Star Wars movie will be hitting theaters faster than you can say, "Punch it!" That's because Solo: A Star Wars Story premieres on Friday, May 25. It's widely known that the plot centers on the dearly-departed and iconic character, Han Solo (played by Alden Ehrenreich), during his younger years. What you might not know is the movie actually honors a lost member of the Star Wars family. So who is Solo: A Star Wars Story dedicated to? According to Screen Rant, the film pays tribute to producer Allison Shearmur, who died this past January.

Just as Star Wars: The Last Jedi was dedicated to actress Carrie Fisher, who famously portrayed Princess Leia, Solo is dedicated to Allison Shearmur — who was a producer for the film. Tragically, Schearmur died on Jan. 19, 2018, according to StarWars.com. "She was a producer on Rogue One and Solo, along with many, many other films and TV projects, including the Bourne franchise and the Hunger Games series," the news release reads. "She was an incredible creative force in the movie industry, known and respected by all with whom she worked." It continued:

And for us, she was more than just a great producer — she was a beloved member of the Lucasfilm family. She was our Alli.

Variety reported that Shearmur — who was actually a quadruplet — died at UCLA Medical Center from complications with lung cancer. Prior to becoming a producer in 2011, Shearmur was an executive at Disney, Universal, Paramount, and Lionsgate, according to the publication.

In addition to Hunger Games series and two Star Wars movies, according to Deadline, the extensive list of movies for which she had producing credits include: Pride, Prejudice and Zombies, Cinderella, Nerve, along with The One and Only Ivan, which is upcoming. Additionally, she executive produced Power Rangers, What to Expect When You're Expecting, and Abduction. She was also an executive producer for the recent television movie Dirty Dancing, according to Deadline.

"Alli was just 54 at the time of her passing, an age that feels far too young for someone so gifted and giving, who had so much more left to do," the tribute on StarWars.com continued. "We’re grateful for everything she brought to Star Wars and into our lives, which were all made richer and brighter through her." It continued:

Her independent, positive spirit will live on in her beautiful children Imogen and Anthony, and with her husband Edward. We miss her deeply.

Director of Solo: A Star Wars Story, Ron Howard — among many others in the entertainment industry — took to social media to share heartfelt tributes following the news of her untimely death. “My heart goes out to Alli’s family whom she adored,” the director wrote. “Alli was an important colleague & friend over many years who never backed away from any challenge but at all times was both powerfully effective & graciously humanistic. RIP.”

Beyond the much-deserved tribute to Allison Shearmur, there are roughly a million other reasons to catch the newest Star Wars film this weekend. Like the fact that you'll get to see how Solo met his BFF Chewbacca, how he came to own the Millennium Falcon, and you'll get to explore his relationship with Lando (Donald Glover), according to IMDB.com.

"Board the Millennium Falcon and journey to a galaxy far, far away in 'Solo: A Star Wars Story,' an adventure with the most beloved scoundrel in the galaxy," the storyline description reads on the website, which adds:

Through a series of daring escapades deep within a dark and dangerous criminal underworld, Han Solo meets his mighty future copilot Chewbacca and encounters the notorious gambler Lando Calrissian, in a journey that will set the course of one of the Star Wars.

Screen Rant reported the dedication to Allison Shearmur will appear after the credits of Solo: A Star Wars Story. So you'll definitely want to stick around until the very end to make sure to catch it.