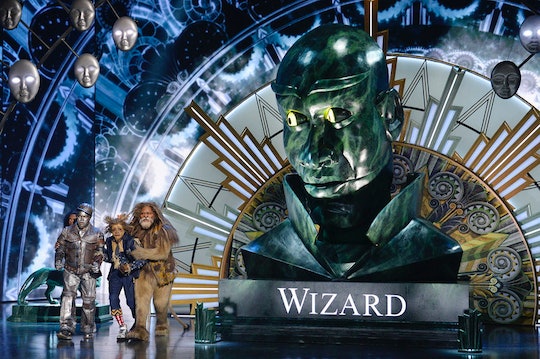 Who Is Starring In 'The Wiz: Live' On NBC? The Cast Is Pretty Great

The Wiz:Live!, airing Dec. 3 at 8 p.m. ET, is going to be pretty epic. The NBC production has been in the works for ages, but it's based on the Broadway musical and not the Diana Ross and Michael Jackson movie you might be thinking about. As you tune in, the biggest question on your mind may well be who is starring in the The Wiz:Live!? Pretty much everyone, actually. And they’ve also made an effort to modernize the musical as much as possible. Ne-Yo, who plays the Tin Man, told Mashable this week that the new show is “everything that you know and love about The Wiz, only kicked up to now ... from the choreography, to the technology, to even the lingo. But not in a way that takes away from what was. We didn’t make it so modern that you don’t recognize it."

Apparently, Harvey Fierstein, who wrote the book for NBC’s version, has given everyone better backstories. In this new version, Dorothy hates her school and her home and runs away to Omaha. Even the Wizard, played by Queen Latifah, has one: she divorced her husband and ran away herself to make her own life. Fierstein told the Hollywood Reporter:

Here are some more cast members to look for on Thursday:

Talk about a far cry from her character as Crazy Eyes on Orange is the New Black. I bet she can belt it out.

Williams is a newcomer to the small screen. But rumor has it she's already a star.

The wicked witch. This time, Mary is all about the drama.

That pretty much sums up why l will be watching.

Queen Latifah as The Wiz

If the word “power” doesn’t come to mind when you watch Queen Latifah on stage, I don’t even know you.

Call me crazy, but I think this is going to be who everyone’s talking about on Twitter come Thursday night. Taking bets.

The cast list goes on and on — but one question remains: Who's playing Toto?