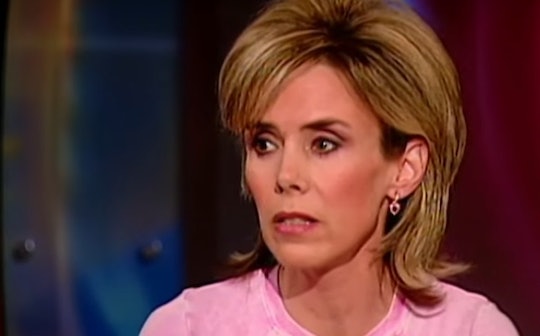 Despite being behind bars, prison inmates are often married and remarried more times than if they were on the outside. And when it comes to the Menendez brothers, things are no different. Lyle, who is currently serving a life sentence without parole, is on his second wife since he was incarcerated in 1996, and Erik has been with his own wife since 1999, but who is Tammi Ruth Saccoman? Erik began writing to her while he was incarcerated and in June of 1999, the two were married in the waiting room of the Folsom State Prison. ABC is gearing up to air a new documentary special on Thursday, Jan. 5 at 9 p.m. ET, titled, Truth and Lies: The Menendez Brothers – American Sons, American Murderers, which will focus on the Menendez brothers, their crimes, and their lives behind bars — and that includes further details on their love lives.

In 1993, Saccoman watched the first televised trial featuring Erik and Lyle and instantly felt sorry for Erik and, by extension, felt compelled to write to him. And even though she was married at the time she began writing to Erik, he answered her letter, and so began their relationship of sorts. "I really didn’t know if Erik would write back.” Saccoman told People magazine in 2005. And after her husband committed suicide, she continued to talk to Erik through her letters, but now it was something different. "He comforted me," she said. "Our letters started taking on a more serious tone.”

They didn't officially meet in person until 1997, when she agreed to fly out to Folsom to meet him and, according to Saccoman, it was like "meeting an old friend."

Although Saccoman is 10 years Erik's senior and will likely never experience conjugal visits with her husband due to California state laws prohibiting such visits for inmates who are serving life terms, their marriage is still in tact almost 18 years later. Back in 2005, Saccoman even wrote a book about her romance and marriage to Erik, titled, They Said We'd Never Make It: My Life With Erik Menendez, which she admitted he heavily edited himself. And although driving more than 100 miles every weekend to visit your husband in a communal visiting room with only a kiss at the beginning and a smooch at the end to tide you over might seem like it's hardly worth it, Saccoman is one in a long line of women who marry inmates.

According to criminal profiler and psychologist Dr. Tony Clarke, some women choose to fall in love with men behind bars because they're looking to feel needed and are looking for an inmate who must depend solely on them, or they have extremely low self-esteem and as such, are looking to fill that void. Even if it means entering into a relationship with a convicted killer serving a life term sentence. But I guess to each their own.