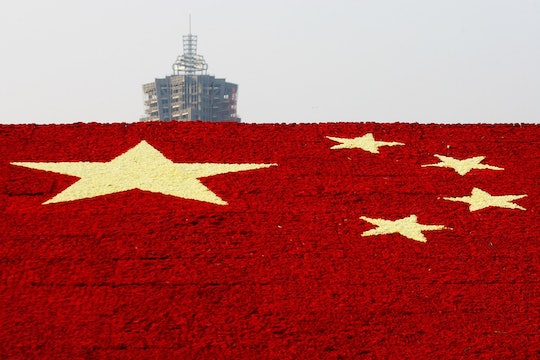 Who Is Terry Branstad? Trump's Pick For Ambassador To China Is A Friend Of Its Leader

Less than a week after he threatened to unleash upheaval on U.S.-China relations by taking a phone call from the leader of Taiwan, which China considers a renegade province, President-elect Trump has nominated a "friend" of the country's president to manage matters between the two. Terry Branstad, who is the longest-serving Republican governor of Iowa and has supported Trump's candidacy since he won his party's nomination, will take over as Ambassador to China if he secures Senate approval once the president-elect takes office. Already, a Chinese government representative has reacted enthusiastically to Branstad's prospective role as ambassador to the country, which could make inroads in mending the breach in diplomatic protocol Trump committed when he hopped on the phone with Taiwan.

"I would like to say that Mr. Branstad is an old friend of the Chinese people and we welcome him to play a greater role in promoting Sino-U.S. relations,” spokesman Lu Kang said at a news conference, of reports that Branstad was Trump's pick, according to The Washington Post. "The U.S. ambassador to China serves as an important bridge linking the governments of the U.S. and China."

In fact, Branstad has known the China's president, Xi Jinping, since the then-Communist party official visited Iowa with a Chinese delegation to learn about agricultural practices in 1985. At the time, Branstad was in his first term as the state's governor.

According to USA Today, the two have met since then, as well, when a trade mission to China led Branstad to meet with Xi, and when Xi visited Iowa again the following year. Branstad has made at least four additional trips to China, looking to enhance the state's exports to the country and, perhaps, further strengthening his friendship with Xi.

And for Branstad to have a strong, preexisting relationship with the leader of China (whose economic connections to the United States' are closely intertwined) is vitally important, because he'll likely take on the unenviable task of discussing Trump's animosity toward the country on the campaign trail as well as on Twitter to his counterparts in China, as Slate's Joshua Keating pointed out. The president-elect, for example, has said that the idea of climate change is a hoax propagated by the Chinese to steal manufacturing jobs from the United States and threatened to impose tariffs as high as 45 percent on Chinese goods entering this country if the government there doesn't "behave," for example.

According to The New York Times, Branstad is trained as a lawyer, and he served as the president of Des Moines University between stints as governor, from 1999 to 2011. Despite his reportedly close relationship with Xi and his visits to China, he has not been publicly vocal about "tensions over territorial disputes, North Korea’s nuclear weapons, and human rights restrictions in China that have shaped relations at the national level," the paper's Binyamin Appelbaum wrote.

Although Trump may be no friend of China, Branstad certainly is — all things considered, perhaps that's a good thing.