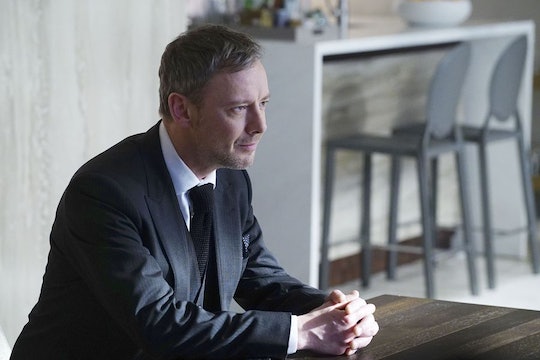 Who Is The Benefactor On 'The Catch'? John Simm Is Collecting The Money

We're only a handful of episodes deep in The Catch and although Ben and Alice are the main focus of the show there's one thing that's really been tugging at me. Who is the Benefactor on The Catch? We now know the role will be filled by Doctor Who alum John Simm, but we still don't have that much information about the Benefactor himself. One thing we do know is Margot and Ben owe him money — which they're struggling to get — but now Felicity has shown up to "help" Margot and Ben get the money they need to pay the Benefactor. Obviously whoever the Benefactor is they're a big deal because they have Margot running scared. So who could it possibly be?

The initial guess — before casting news came out — was Dao. Something about him seems off, and the fact that he placed a mic on Alice without her knowledge makes it clear that Dao doesn't really care for ethics. It's now clear, however, that the Benefactor is a completely new character.

Although it's totally possibly Simm will be playing an American in the show, the fact that he's English in real life seems to emphasize the idea that he has a strong connection to Margot, and not just because of the money she owes him. Ben is a step removed from the Benefactor, only knowing them through Margot, so the Benefactor and Margot are the ones who have a real relationship. Plus, the way Felicity spoke, it sounded like Margot wanted out from whatever the Benefactor was a part of and that he didn't necessarily want her to leave.