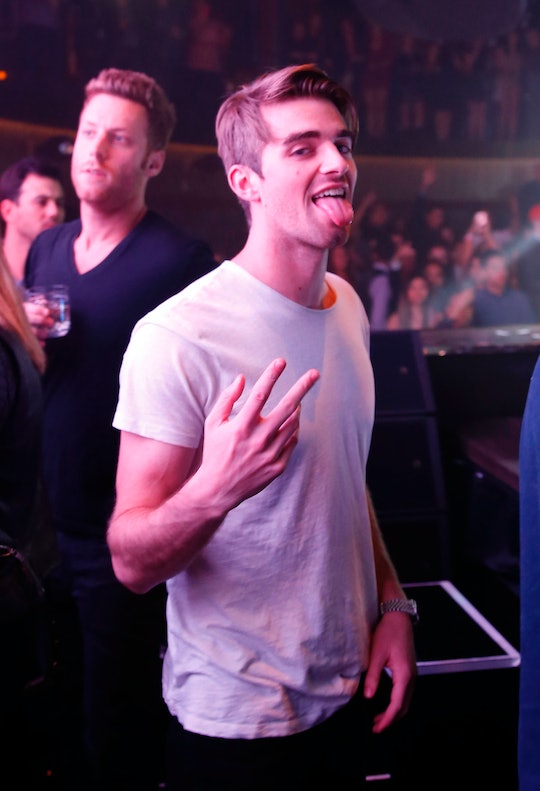 Who Is The Chainsmokers Singer At The VMAs? Drew Taggart Performed With Halsey

One of the performances at the 2016 VMAs was the Chainsmokers and Halsey. But if you're not familiar with the group then you may find yourself wondering: who is the Chainsmokers singer at the VMAs? The Chainsmokers are a DJ duo made up of Drew Taggart and Alex Pall, and it was Drew Taggart picking up the mic and taking center stage at the VMAs tonight. Their previous hit – if you can call it that – was 2014's "#Selfie" but thankfully things have improved since then. The performance of their song "Closer" drew some serious love on Twitter, particularly when it came to Taggart's onstage interactions with Halsey. But who is Taggart, really?

A former Syracuse University student, Taggart formed the Chainsmokers with Pall in 2012. Though Taggart was originally studying music business, he seems to have moved on and found success holding the mic instead of managing others who do. However, music has been a big part of his life from early on and he knew as soon as high school that it was what he wanted to do with his life. A senior project about music set him on the path that eventually led to the VMAs stage Sunday night.

However, despite intentions to stay behind the scenes, Taggart seems to have been drawn to another facet of music, and it's one that has worked for him and for collaborator Pall. The Chainsmokers have grown a lot from their beginnings in the club scene to their nationally televised performance Sunday. That performance showed a big jump from the days of "#Selfie," too. It seems like both Taggart and Pall are pushing forward into new success.