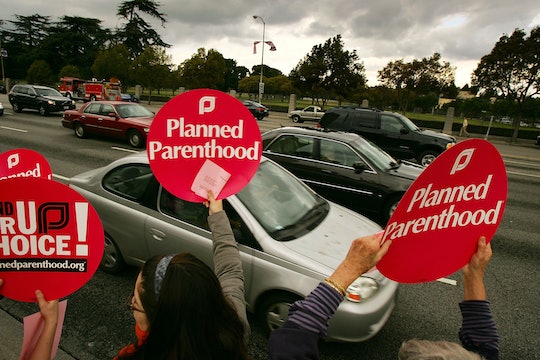 Who Is The Colorado Springs Planned Parenthood Shooter?

UPDATE: Late Friday authorities identified 59-year-old Robert Lewis Dear as the suspected gunman who fired into a Planned Parenthood in Colorado Springs earlier in the day. Dear is reportedly from North Carolina.

Following an hours-long stand-off on Friday, the shooter was detained. Said Mayor John Suthers, "The perpetrator is in custody. The situation has been resolved. There's no continuing peril to the citizens of Colorado Springs." Police have also confirmed that three people have been killed.

But there's still a lot to be determined. His – or her — condition and identity have yet to be released, and authorities are still attempting to determine where exactly he is. The one thing we do know? According to reports, the shooter was wearing a long coat with a hunting-type hat.

So what do we know? A local news outlet, KKTV 11, initially reported that the area was under lockdown as authorities attempted to resolve the situation. Around 2:30 p.m., the station tweeted, "Centennial closed from Garden of Gods to Fillmore both directions b/c of active shooter situation. Avoid area." They are advising the public — and the media — stay away, as local reports stated the gunman was firing at passing cars. And at 3:30 p.m. the Colorado Springs Police Department confirmed the situation is still unstable.

Authorities have confirmed four officers have been injured, while CNN reports at least eight people were injured. Law enforcement officials told KKTV that one police officer was shot in the hand while the injuries of the second and third officer are not yet known. (According to Denise Speller, the manager of a nearby haircut salon, the gunman took as many as 20 shots in five minutes.) Additionally, a dispatcher said one patient was wounded at Elite Vision, an eye care center near Planned Parenthood, The Gazette reports. The same newspaper also said one victim was taken from the scene by "stretcher to an [awaiting] ambulance."