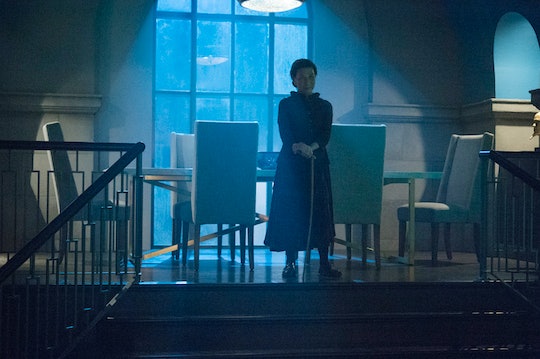 The Crane Mother Is Heading To 'Iron Fist'

Iron Fist is almost here and with a new Defender comes new characters. Besides Iron Fist himself, who's real name is Danny Rand, there's also Colleen Wing, a martial arts expert and Danny's partner, along with a few new villains. One villain who fans are hoping makes an appearance on the new show is the Crane Mother. So who is the Crane Mother on Iron Fist? In the comic books, she was one of Iron Fist's biggest foes.

The Crane Mother was the ruler of K'un-Zi, one of the Legendary Cities of Heaven, according to the Marvel Database. For context, Danny received the mystic energy of the Iron Fist while he was at K'un-Lun, one of the other Legendary Cities of Heaven. Before Danny became the Iron Fist, there was another man, Orson Randall, who had the power. Orson refused to compete in the tournament with the immortal weapons from the other cities, and it was then decided that he would be confronted by the other immortal weapons. During the confrontation, Orson killed Davos the Immortal Weapon of Ku'n-Zi, thus inciting the wrath of the Crane Mother. Her anger with the Iron Fist passed onto Danny, leading her to send assassins after him.

Many fans believe Madame Gao, who first appeared in Daredevil, is the Crane Mother. According to Comicbook.com, the Crane Mother only appeared in the comics three times, which leaves a lot of room for the Marvel Cinematic Universe to play with regarding the character and alter her narrative for the TV shows. Madame Gao has always been a mysterious figure and other than the fact that she's a heroin dealer, fans don't know that much about her.

However, it's clear from the Iron Fist previews that Madame Gao will definitely have a role to play in the show, although it's unclear just how big that role may be. Iron Fist will be diving headfirst into mystic and magical storytelling, so it seems like the perfect time to introduce the Crane Mother. Along with the Crane Mother, Davos, who was also known as the Steel Serpent, may also make an appearance. In the comics, the Crane Mother resurrected Davos and sent him to find and assassinate the Iron Fist. She also used her Crane Daughters to provide him with more power by draining them of their "chi." This is a ruthless move that seems right up Madame Gao's alley.

If the Crane Mother and the Steel Serpent show up, that would cause a lot of trouble for Iron Fist, who already seems to have a lot to deal with. Fans will just have to watch and see which villains do or don't make an appearance.