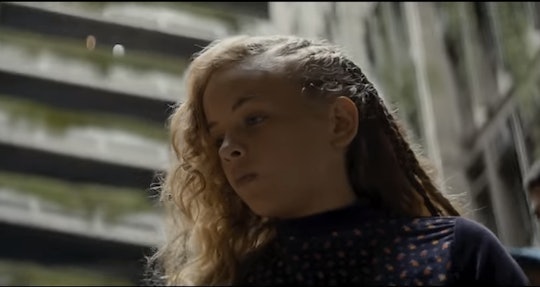 Who Is The Female Chess Player In The Pokemon 20 Ad? She's Super Cool

Ready to feel old, fellow gamers? No? Well don’t say I didn’t warn you: Pokémon — the training and fighting game that defined a generation (aw, who am I kidding, it defined multiple generations!) — turned 20 this year. In honor of good ol’ “red” and “blue,” the Pokémon company released an ad dubbed Pokémon 20: a 60-second spot featuring people from around the globe running, playing sports, playing chess, and — oh yeah — battling Pokémon. And while I expected to see Pikachu and Charizard, I didn’t expect to see a young female chess player. So who is the girl playing chess in Pokémon 20? She's awesome and not well known.

Unfortunately, figuring out who this mystery girl is has been harder than I anticipated, as the internet has been mum on this matter. (And the conversations I have seen have been sexist, at best. C'mon guys, really?) However, whoever she is, I am sure she is awesome, awe-inspiring, super talented, and really smart.

Many hoped the commercial would be an announcement for the Pokémon GO or “Pokemon Z” 3DS game, but instead, the promo focused on the importance of training — one of the key aspects of the Pokémon series, according to ComicBook.com. When asked about the idea behind the Pokémon 20 ad, J.C. Smith, senior director of Consumer Marketing at The Pokémon Company International, said that, for years, Pokémon has “inspired fans to train hard and have fun,” and he wanted this spot to reflect that ideology, according to Variety:

For 20 years, the Pokémon world has inspired fans to train hard and have fun. This ad is reflective of that passion, and I can’t think of a bigger stage to share this story than the Super Bowl.

The ad's take-away: Everyone can succeed at something if they believe in themselves and keep training to be better. To become better (hence the repetition of the phrase “I can do this” and the "train on" message at the end).

A 30-second version of the Pokémon 20 ad will run during the third quarter of Super Bowl 50 on Sunday. Hopefully, by then, the badass, chess-playing mystery girl will have been revealed.