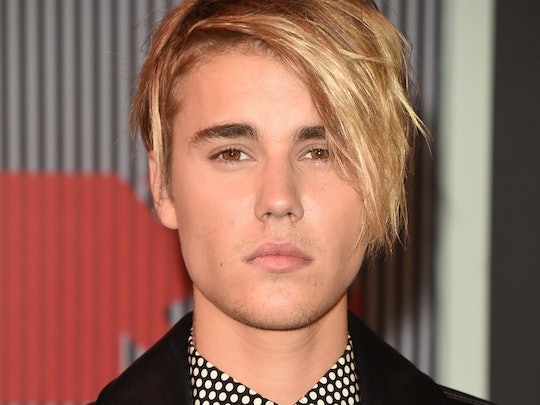 Who Is The Girl Justin Bieber Instagrammed? Cindy Kimberly Identified Herself, & Now She's Being Harassed

What happens when a pop star makes you famous overnight? Cindy Kimberly is about to find out. On Monday, Bieber posted a photo of a mystery girl to Instagram with the caption “Omg who is this!!” Two days later, the post has 1.2 million likes, and over 165,000 comments. While some fans were eager to point Bieber in the direction of Instagram user @wolfiecindy, others scrambled to create fake accounts in the hopes of stealing her glory. Right now, @cindywolfiereal, @cindywolfiereals, and @cindywolfieofficial each have tens of thousands of followers.

But what about the real @wolfiecindy? Not much is known about her. Her Instagram account is about nine months old, and contains mostly selfies and old-fashioned selfies; that is, self-portraits (she’s good, too). The name on the account is Cindy Kimberly. In her latest post, she comments on her recent stardom, saying “I so do not know how to deal with this,” and has received charming feedback, such as:

Hey bitch. You add video to Instagram while you are listening JB and you say erase this photo to JB. Are you fucking serious? You are real slut.

Cindy Kimberly’s YouTube account, which is linked in her bio, had zero subscribers six weeks ago, according to a screenshot she posted to Instagram. She now has over 6000. No videos have been posted as of yet, but the comments are rolling in there, as well:

This young woman is being attacked by strangers for the crime of having a face that caught Justin Bieber’s interest, and I’m not even surprised. The Internet can be a horrible, unsafe place for women. Just ask writer Lindy West, who’s trolled so often, it’s basically become part of her identity. Or Zoe Quinn, a video game developer who’s regularly threatened with bodily harm just for showing up to work. Or any of the numerous women who’ve been SWATted for daring to reject men’s advances (SWATting is a term that refers to causing a SWAT team to storm a location, such as an innocent woman’s home, by feeding false information to the police– it’s like having 50 pizzas delivered to your enemy, only with more machine guns and less pepperoni).

I don’t care if you have a crush on Justin Bieber, or if you’re jealous of Kimberly’s overnight fame, or if you have nothing better to do with your time. This young woman is a human being, and she deserves to be treated with respect. She didn’t ask for all this attention, and hell, even if she had, she’s done nothing wrong. Well, nothing except being a woman on the Internet.