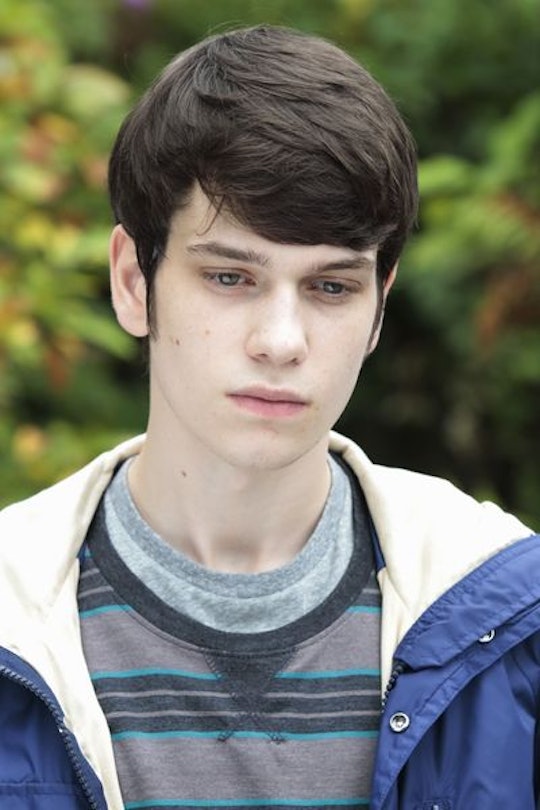 Who Is The Pock Man On 'The Family'? Adam's Captor Might Be Hiding In Plain Sight

Suspicions are officially off of Hank on The Family and onto the pock man. Who is the pock man on The Family, you might ask? Good question, but we are definitely lead to believe that he could have possibly been the man behind Adam's kidnapping 10 years ago. Up until this point, Hank seemed to be the number one suspect, despite being released of the crimes after 10 years in prison. He had a ridiculously close relationship with Adam before his disappearance and clung to his "Adam" mittens, that he hid in his bedroom ceiling, like his life depended on it. But now, there's a new suspect — and he's looking pretty guilty.

On Sunday, Adam returned to the bunker where he was kept for 10 years. Despite it being a difficult return, Nina and the FBI were able to learn some crucial information about the man that took Adam. It all started when Adam said that he would have fast food brought in "every seven sleeps," which I'm assuming is how you keep track of days when being held captive. Adam tells the investigators that the food was warm, which led to the team realizing that the food must have been brought in via a car. Fast forward to the FBI finding tire tracks and tracing the truck back to a handful of oil refinery workers. Seems like a huge step, right?

Wrong. Maybe it's a red herring, but there was one man who seemed to check all of the boxes. He worked for the oil refinery, he had the truck, and he had the pocks on his face that Adam mentioned. Unfortunately, as if he had something to hide, the man got rid of his truck and bought a minivan. Now, the truck is just a smashed up chunk of metal in a salvage yard.

So, is this the guy? It almost seems too easy to label this man Adam's captor so soon, since there seems to be a lot of layers to this mystery, but it's definitely a start. This man may be involved in Adam's disappearance, but I don't think he's the only one behind it. And if he is, it's going to be very difficult for the cops to trace him to the crime now that he got rid of a huge piece of evidence.