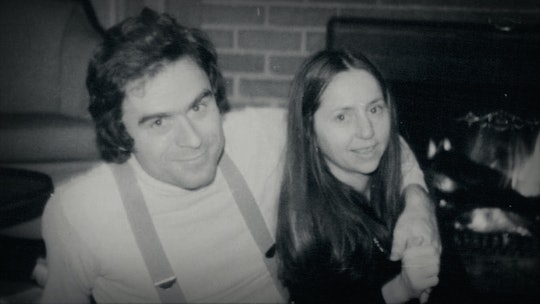 Ted Bundy has been the subject of plenty of documentaries, but in Netflix’s new film, Extremely Wicked, Shockingly Evil, and Vile, viewers see the serial killer from the perspective of his ex-girlfriend, Elizabeth. After gaining some insight into his romantic life, you might be wondering what happened to the woman who lived with Bundy all those years. So, who is the real Elizabeth Kloepfer and where is she now?

Since Bundy’s convictions, Kloepfer has stayed out of the public eye, and I don’t blame her. In 1981, she wrote her memoir, The Phantom Prince: My Life with Ted Bundy (the book on which the new Netflix film is based) in which she details everything she experienced in the six years she spent with Bundy.

Netflix’s Conversations with a Killer: The Ted Bundy Tapes also features some insight into her complex relationship with the serial killer. In one episode of the series, it is revealed that Kloepfer was Bundy’s first phone call after his 1978 arrest. "He told me that he was sick and he was consumed by something that he didn't understand," Kloepfer is heard saying in the third episode. "He just couldn't contain it ... he was preoccupied with this force."

It’s hard to imagine how someone could live with a man like Bundy, but when talking to Vanity Fair, Extremely Wicked, Shockingly Evil, and Vile director Joe Berlinger (who also produced the the Bundy Netflix documentary) said that after speaking to Kloepfer and listening to Bundy’s tapes, he thinks Bundy truly loved her. “I think she really felt, as do I, that he really did care for her,” he explained. “I think he did not kill [Kloepfer] because he actually cared for her, in his own selfish way. In his own kind of compartmentalized nature, he had to feel normal in some parts of his life.”

Berlinger revealed that throughout the years, Kloepfer used fake names like Elizabeth Kendall (the pen name she used to write her memoir) and Meg Anders to hide her identity, so it was hard for him to track her down. But after working on the Netflix docuseries, he was able to find her and get her blessing before starting the film. “Karmically speaking, I have canceled other projects where somebody doesn’t want their story told,” he explained. “So it was important that she get a sense of who we are, and that we were going to be good stewards of the opportunity being afforded to us.”

When the director was finally able to secure a meeting with Kloepfer, her daughter Molly, and actress Lily Collins, Kloepfer brought him a treasure trove of pictures and old love letters from her time with Bundy. “She brought out photo albums — photo albums that had not been seen by many,” Berlinger told Vanity Fair. “There’s a father figure, a mother, and a daughter — camping, skiing, birthday parties — all the things that you would expect from family photos. But the man is Ted Bundy — Because for Elizabeth Kloepfer, the positive experiences [of the relationship] were very real for her — and that’s the nature of deception and betrayal: the people that you least expect and most often trust, in my experience, are the ones who do evil in this world.”

Being at the center of a story like Ted Bundy’s can’t be easy, so I can understand why Kloepfer wants to keep a low profile. After living through so much chaos, she deserves to live a quiet, normal life.