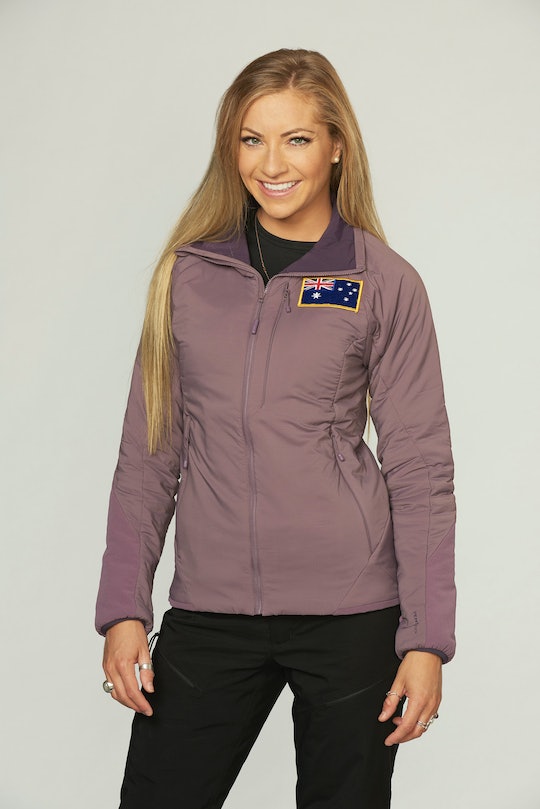 Tiffany Has An Interesting Backstory In 'The Bachelor' Franchise

When I first heard about The Bachelor Winter Games, I just thought it would be a wintery Bachelor in Paradise. Now I know it's so much more than that, with international contestants like Tiffany Scanlon in the mix. So who is Tiffany on The Bachelor Winter Games? This Bachelor Australia star made international headlines when she started dating a fellow contestant from her season. Tiffany went on Season 4 of The Bachelor Australia, where the lead was Richie Strahan, a 31-year-old rope technician and model (though he's since been dropped by his modeling agency).

Tiffany is a 30-year-old training administrator. She didn't last long on The Bachelor Australia (she was eliminated on Week 3), but she has been in the news long past her departure from The Bachelor. In October 2016, Tiffany announced her relationship with Megan Marx, whom she met on the show. The two made it Instagram official, and Tiffany said in a now-deleted Instagram post:

Meeting Megan this year felt like destiny. The past few months with her in her hometown of Geraldton have been bliss and today’s adventure was the cherry on top. I know we will have many more adventures for many years to come and when she turns 30, I will have to try to top this!

Tiffany said that the two realized they had a connection while on a vacation in Bali. "We were at one of the bars in Bali and we were playing the ice game — where you have a cube of ice in your mouth and you have to pass it on within five seconds to someone from your mouth to their mouth," she retold in an interview on The Kyle & Jackie O Show. "Megan passed it to me and there was a bit of an extended kiss." Unfortunately, that Instagram photo introducing the couple is deleted because Tiffany and Megan broke up. As they announced their relationship on Instagram, cryptic photos months later confirmed their split. Megan commented on another now-deleted photo, "Tiffany and I have broken up."

Here's the kicker in all of this: Bachelor Richie chose Alex Nation as the winner, and they broke up... because Alex started dating a woman. This is like the queer soap opera of my dreams, and I can't believe I knew none of this prior. Tiffany actually warned Alex about being in a same-sex relationship in the public eye: "My main advice to Alex would be to keep her private life private while she navigates a new relationship, whether that be with a man or a woman," she said in an interview with Fairfax Media. She said that her relationship with Megan suffered because of the public pressure. Now, Megan is dating former Bachelorette Australia contestant Jake Ellis. Tiffany gave her blessing to Megan, saying she wished them luck.

It seems that Tiffany will try to find love stateside on The Bachelor Winter Games. She's already gone through a lot of strife these past few years, but maybe she'll be able to find who she's looking for in Vermont (or at least win the games). There hasn't been an on-screen queer relationship on the American Bachelor shows, so it will certainly be interesting to see if Tiffany talks about it.

The only American contestant who was out during The Bachelor was Jaimi, and the show didn't handle it too well. Hopefully the producers make Tiffany comfortable to be herself on the show and don't force her to come out or talk about things she doesn't want to. As a queer woman myself, I'm excited to see more representation in Bachelor Nation (or should I say, Bachelor WORLD).