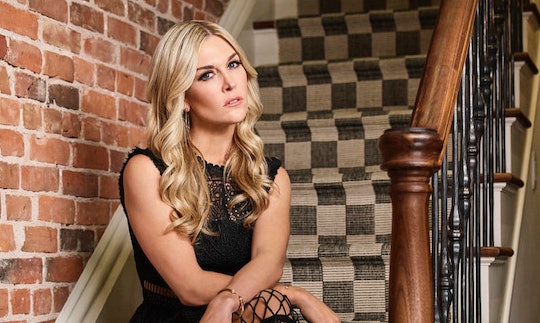 Tinsley Mortimer May Have Found Love With This Coupon Mogul

With this season of Real Housewives of New York soon coming to a close, it's about reached that time where the fans should be reflecting on the important things. Why is choosing a bedroom always such a problem? Do these women even actually like each other anymore? Just how many statement necklaces does Luann have? And finally, who is Tinsley's boyfriend Scott on Real Housewives of New York? After her divorce and fresh off a tumultuous breakup with her boyfriend, the once queen of socialites has found love again.

Just a bit of background for anyone who may not know, Tinsley used to be married to Topper Mortimer, heir to the Standard Oil fortune. (Which is to say that he has a lot of money.) They married in 2002 and were divorced in 2009, and after that she left New York in favor of moving to Florida. In 2012, she started dating sugar scion Nico Fanjul. (Which is to say that he also has a lot of money.) She and Fanjul had a tumultuous on-and-off relationship that eventually fizzled in 2016 after Tinsley was arrested for trespassing in front of his house. Now, she's supposedly moved on to CouponCabin founder and CEO, Scott Kluth. So yeah, don't say Tinsley wasn't interesting before getting cast on RHONY.

He might not be an heir or have a huge sugar fortune to his name, but Scott is definitely making a good living for himself. At 38-years-old, he's made himself a bargain-hunting empire based out of Chicago, but the most interesting thing about him is that Scott is a Kennedy enthusiast. According to Page Six, he has an interesting collection of historical artifacts, including the "largest known section of the fence from the grassy knoll, and the gun, badge and jacket of the police officer who arrested Lee Harvey Oswald.” He and Tins have apparently been dating for "several months" and she is "very happy" with him, so she has most likely seen the Oswald collection. (I have so many questions.)

Apparently in 2009, Scott told Crain's that he’s a fan of Real Housewives franchise, but added, “If that’s how the other half lives, I don’t want to be in it.” Every relationship has its hurdles, I guess?

Tinsley hasn't made their relationship completely Instagram official yet, but her picture of "His and Hers tequilas" in Mexico definitely proves she's not shy about letting people know she's dating someone. Hooray for Tinsley! May we all find a third love with a coupon mogul.