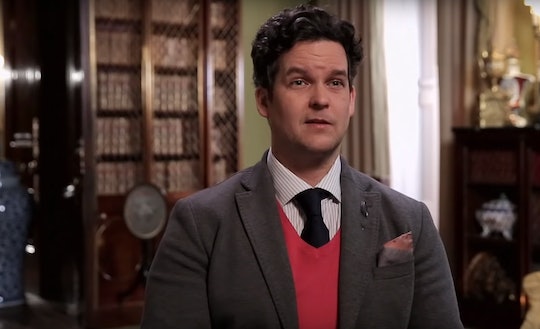 Darcey Silva is taking a chance on love yet again as she hops across the pond to connect with her long-time online friend, Tom Brooks. On the latest episode of 90 Day Fiancé: Before The 90 Days, she meets some of his British friends, including a woman he once dated. He’s clearly good friends with her and cares a lot about what she thinks, so many viewers are wondering: who is Tom’s ex Roucelle from 90 Day Fiancé?

There’s not much about her on the internet, and she doesn’t seem to have any public social media accounts, so for now, fans only have the info Tom shares about her on the show to go on. “Roucelle has been a friend for about five years, but then I have dated her,” Tom tells Darcey in the episode. “You know when you date for a little bit and then it’s like “Ah, no, we’re just going to be good friends’ — we dated for three or four months maybe.”

Darcey is already pretty insecure about where her relationship with Tom is headed, so meeting his ex makes her super uncomfortable. But she says she’s open to meeting all of Tom’s friends and just hopes they’ll accept her.

The couple meet up with Roucelle and another unnamed friend at a club, and party it up with some drinking and dancing. In a confessional, Tom reveals how close he is to his ex. “Roucelle means a lot to me,” he says. “She’s one of the only people that really knows me. You know, the Tom that likes to party. And there’s no sh*t involved when it comes to talking to her. She’ll say it how it is.”

As the group enjoys their night out at the club, Roucelle takes a moment to talk to the cameras about Tom and what he’s told her about Darcey. “Tom’s told me he met someone, but Tom hasn’t actually shared a lot about Darcey to me,” says Roucelle. “I know he wants to find love and he wants to be happy, but he likes to be a bit of a player. So I am a bit wary, but I am intrigued.”

Later, when Roucelle asks Darcey about her feelings for Tom, she confesses that Tom has a habit of disconnecting himself from people and advises Darcey to be patient with him. Tom reveals that he was engaged twice, and because he was jilted by his fiancés both times, he has a hard time committing.

When Tom and Roucelle are alone, she tells him that she doesn’t think his relationship with Darcey will work. “I don’t think Tom is ready for a committed relationship,” she says in a confessional. “He wants to be ready, and they are two different things. I genuinely want Tom to find love and happiness, but deep down, he’s not capable emotionally of giving that to anybody, let alone Darcey. I just wished he would have been honest with himself about it all.”

Roucelle seems to have pretty good insight into Tom’s personality, and she may be on the money about his commitment issues. There’s no confirmation she’s making any more appearances on the show this season, but if she does, I’m sure fans will get to learn more about her.