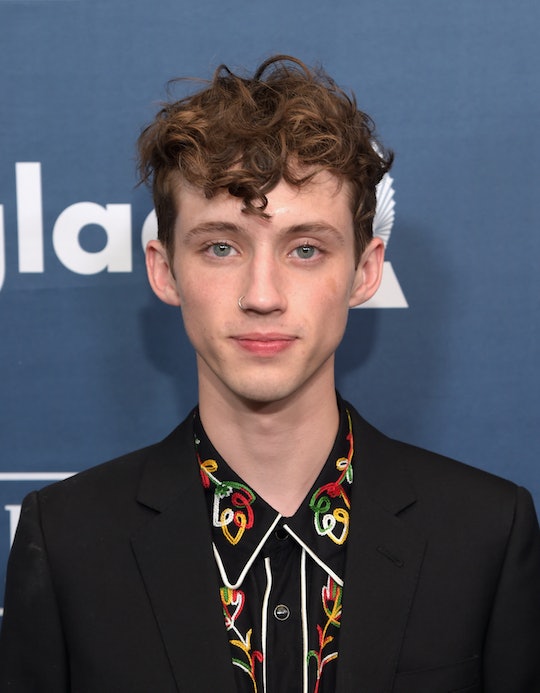 Who Is Troye Sivan? He's So Much More Than Just A YouTube Star

Since I've officially reached the age where I find myself unfamiliar with a significant portion of the celebs walking the red carpet at youth-oriented award shows (sigh), it's probably no surprise that I hadn't heard of 20-year-old Australian actor/musician/YouTube star Troye Sivan before today. But I'm glad I found out before his upcoming performance at the 2016 Billboard Music Awards, because it sounds like it's going to be totally awesome. Who is Troye Sivan? In addition to being an extremely popular Internet celebrity, Sivan is also killing it in the mainstream music biz as well, most recently earning the honor of being "Kia's One To Watch," at Sunday's award show, according to Billboard.

Although Sivan began his career acting (he played the young version of Hugh Jackman in X-Men Origins: Wolverine when he was 13), he started to make a name for himself on YouTube a few years later as a vlogger, and now boasts a whopping four million subscribers, according to The Guardian. One of his most notable videos came in 2013, when he publicly revealed that he is gay. A year later, Sivan released his first major-label EP, TRXYE, and in 2015, he followed up with his first full-length studio album, Blue Neighbourhood. (Did I mention he counts Sam Smith and Taylor Swift as fans?)

As his musical success continues to grow, he's been upfront about using his fame to speak out about LGBTQ issues, specifically the high suicide rate among LGBTQ youth. For Sivan, his whole professional career existed after he came out, which gives him a unique position to be open about it with his fans, and to discuss it in vlogs where can he answer questions and provide support. In a September interview with Fader, Sivan spoke about how being out has affected the way he plans on making music:

I just wanted to write normal pop songs and when the time comes to use a pronoun, I’ll use the word 'he.' One of the most powerful things I think that any LGBTQ person can do is just live...You look at people like Sam Smith and Olly from Years and Years and there’s a couple of openly gay artists who are singing songs about boys. A 14-year-old Troye would’ve definitely appreciated this.

Despite Sivan's fame, he's still hugely down to earth, still opting to live at home with his parents in Perth, Australia. And even though his current success seems to be only the beginning of amazing things to come, he told The Guardian that he works hard to stay as grounded and grateful as possible for everything coming his way:

As soon as I catch myself being a little too blase – ‘oh yeah I got to pack for London’ – I kind of want to slap myself a bit and be like: ‘hey dude, this is the most insane thing in the world’.

What's next for Sivan? After performing at the Billboard Music Awards, Sivan will finish off the remaining dates on his "Blue Neighbourhood Tour," which kicked off in Vancouver, Canada, in February. Then he'll hit the road again, this time as part of "The Suburbia Tour," slated to kick off in San Francisco October 16, according to Fuse. A portion of sales from his second tour will go to The Ally Coalition, an organization that fights LGBTQ discrimination "through education, awareness and advocacy." Not bad for a guy who's barely in his 20s.

If you want to check out Sivan on the Billboard Music Awards (and you should most definitely want to do that), it'll be airing live at 8 p.m. Eastern Time or 5 p.m. Pacific Time on Sunday.