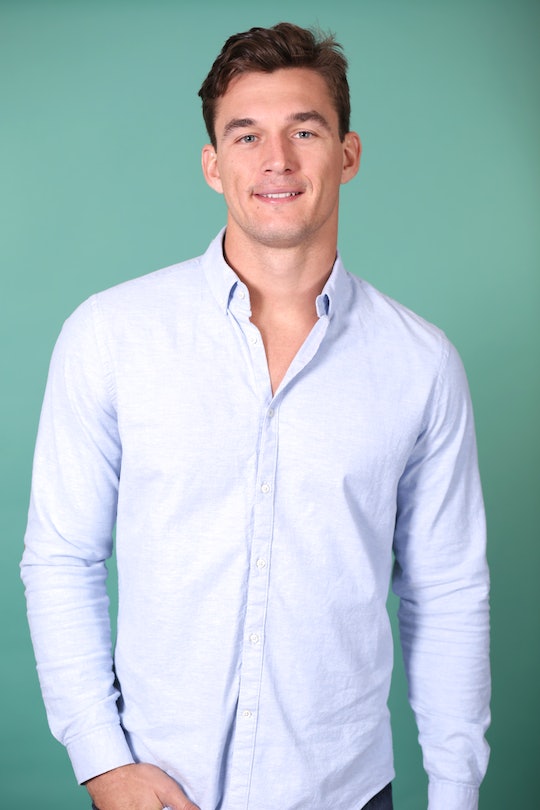 New Bachelorette, Hannah, is ready to find love. The female-led portion of franchise is on its 15th season, and with so many dudes to choose from, there has to be at least one connection in the group. You know there will be a lot of kissing, a lot of drama, and probably a lot of the signature "Hannah Beast" roar, but who are these confident men competing for a life with the former Miss Alabama USA? One frontrunner has the web abuzz, so who is Tyler C. from The Bachelorette?

Out of 30 men, Tyler C. is one of the more mysterious contestants in Hannah's crew. I've searched high and low, and here's what I know about him: He's a pretty private guy on all social media fronts — at least since becoming one of Hannah's boyfriends. His Instagram bio says he went to Wake Forest University, he has an MBA from Florida Atlantic University, and he's a custom home builder. Oh, and if you're looking at his picture thinking, "Why isn't this guy modeling?" he does that, too. The Jupiter, Florida native is 26, and after reading through a few fan comments on The Bachelorette Facebook page, he appears to be very well-liked IRL, so that's a good sign, I think.

His mostly bare LinkedIn page said he's "committed to the greater good of others." More specifically, he believes "being coachable is an essential key to finding success." He ends by saying, "putting a smile on someone's face is all I can ask for." He might be on the show for love, but Tyler C. should be a motivational speaker, TBH. All that aside, you'll find out more about him when Hannah does.

In case you don't remember the train wreck that was Season 23 of The Bachelor (in which Hannah appeared), Hannah was sent home just moments after confessing to Bachelor Colton she loved him. It stung to watch so I can only guess what it was like to experience. The good news is, after the pain of that season, Hannah's shot at finding love is finally here. Alabama Hannah may shout "roll tide," a little too often, but the addition of "Hannah's Angels" (Demi and Katie from Colton's season) will add a nice touch of levity and humor to an already awkward introduction situation. I mean, the two will be in a shady van running surveillance to give their thoughts on each contestant. What could be better? Nothing.

The girl's been through a lot, and though she owns her awkward ways — even calls herself a "hot mess express" — maybe Tyler C. is the one to fully appreciate all she is, inside and out. At the end of night one, Hannah will shave the men down to 22. A lot can happen between the introduction and that first rose ceremony, but Hannah will definitely make it as entertaining as possible.

Even though Tyler C. is super private on the internet, it doesn't mean he won't open up to Hannah. He could be an open book on the show. If anything, maybe it's a good sign he's not more into the idea of being a contestant on The Bachelorette than being a regular guy looking for love — on TV.