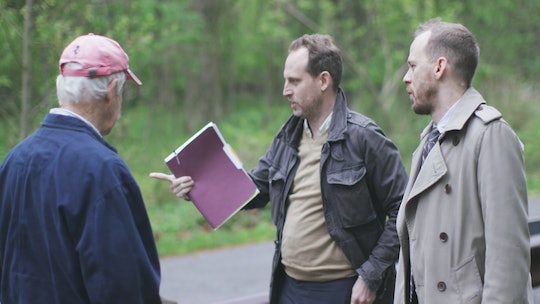 HBO’s new documentary, The Case Against Adnan Syed, dives into a two-decade old murder case that was highlighted by the popular podcast, Serial in 2014. A lot has happened since then, and the documentary promises to revisit the case with new players, including a man named Tyler Maroney, who seems to bring fresh eyes to the case. So, who is Tyler Maroney and what part does he play The Case Against Adnan Syed?

Maroney is the co-founder of QRI, an investigations firm that gathers evidence for its clients, which include civil litigators, criminal defense lawyers, corporate executives, investors, government agencies, individuals, and non-for-profits. According to QRI’s website, Maroney helps manage the firm and focuses on gathering facts to resolve his client’s complex disputes. Before becoming co-founder of QRI, Maroney was a journalist, noted the website. He was a reporter for Fortune, produced films for Frontline, and wrote pieces for The Wall Street Journal and The New York Times.

The QRI website also revealed that the firm worked with filmmakers for The Case Against Adnan Syed, and their investigation is featured as part of the documentary. In a trailer for the film, viewers can see Maroney and his QRI co-founder Luke Brindle-Khym working on Syed’s case. “As investigators, you go beyond what law enforcement has already done,” they are heard saying in the trailer. “Failure to investigate more thoroughly is a major mistake.” The pair is seen traveling to different sites relevant to the case, interviewing people and gathering evidence along the way.

For listeners who obsessed over Syed’s case after listening to the Serial podcast, the documentary should help answer some lingering questions. According to an HBO synopsis, the documentary will revisit the indiscrepancies in Jay Wilds’ testimony, the cell phone logs, cell tower data, and the state’s timeline for Hae Min Lee’s murder. The docuseries will also present “new information that questions the state’s case” and will feature exclusive interviews with Syed’s family; his friend Rabia Chaudry; his alibi, Asia McClain; his high school friends; key witnesses from the trial; and his new attorney Susan Simpson. Viewers will also get an update on Syed’s post-conviction appeal process, including the court’s 2016 decision to grant him a new trial and the state’s subsequent appeals that kept him in prison.

It’s not clear exactly what evidence Maroney and Brindle-Khym will present in the documentary, but according to the film’s Oscar-nominated director, Amy Berg, viewer’s should get some big revelations in the last episode of the four-part docuseries. “Major stuff happens in the fourth one,” she told Decider in a recent interview. “We saved a lot until the end, because there was a lot of time that had passed over the 3 ½ years we were working on this film, and that’s how we chose to do it.”

Hopefully, through Maroney and his firm’s investigative work, viewers will have a clearer picture of Lee’s murder and Syed’s arrest and finally get answers to some of their most burning questions.

The Case Against Adnan Syed premieres Sunday, Mar. 10 at 9 p.m. ET on HBO.