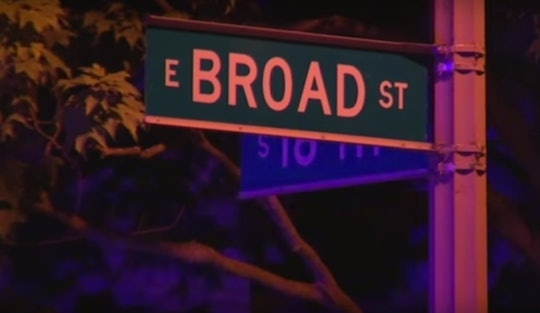 Who Is Tyree King? The 13-Year-Old's Death At The Hands Of Police Has Sparked Questions

A 13-year-old boy died in a police-involved shooting in Columbus, Ohio on Wednesday, sparking increased dialogue on the Black Lives Matter front and reigniting the discussion over police use of force. So who is Tyree King? The teenager lost his life for a controversial reason.

Not much is known publicly about King, but the circumstances surrounding his death have prompted further investigation. The Columbus Division of Police released a statement on King's death Wednesday night. According to the official police account, officers responded to a "report of an armed robbery involving multiple suspects" at about 7:42 p.m. local time. When they found and "attempted to speak with" the "three males" who appeared to be the individuals described in the report, two attempted to escape. The officers pursued them and tried to arrest them "when one suspect [Tyree King] pulled a gun from his waistband." An officer responded by shooting King "multiple times." King died at Nationwide Children's Hospital less than an hour later. After the shooting, the Crime Scene Search Unit tasked with collecting evidence discovered what they believed to be a handgun; after further evaluation, they found it was "a BB gun with an attached laser site [sic]."

The other suspect with King at the time of the shooting was questioned and released, NBC News reported; The officers involved in the incident will receive mandatory counseling and are permitted to take leave.

The implication of the evidence found at the scene is that a BB gun carried by King was mistaken for a deadly weapon, according to The Washington Post. Though the individual who allegedly shot King has been a police officer for nine years, NBC News reported that he had only been working in the area for a short time.

Details about King are still emerging. He was in eighth grade, according to WCMH-TV Columbus, and attended Linden-McKinley STEM Academy. His school is one of the Columbus City Schools and focuses on science, technology, engineering, and math education. The administrators of Columbus City Schools are offering members of the school community access to grief counseling, WSYX ABC 6 reported.

Anyone following the story will likely learn much more about King in the days ahead as the Columbus Division of Police moves forward with an investigation of the incident; according to a statement, the Critical Incident Response Team is set to provide an initial evaluation before "the Columbus Division of Police Firearms/Police-Involved Death Review Board and the Chain-Of-Command" can conduct a final review of the incident. Officials will determine whether the officer's actions were justified.