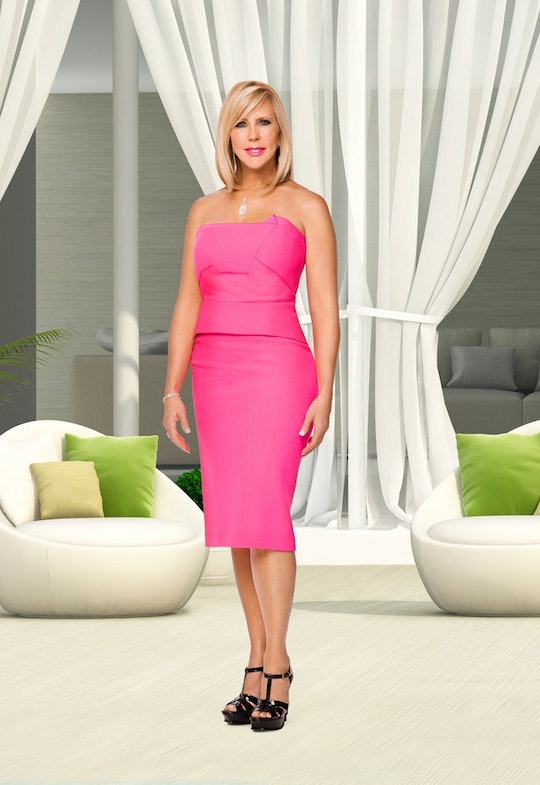 Who Is Vicki Gunvalson's New Boyfriend? Steve Lodge Is An Ex-Cop

The original Real Housewife, Vicki Gunvalson of The Real Housewives of Orange County, has made no secret of the fact that being single is not her favorite thing. (Never forget the status of her Love Tank.) Now, after four years of dating Brooks Ayers, it looks like Vicki has already found herself a new man. But, who is Steve Lodge, Vicki Gunvalson's new boyfriend?

Vicki and Brooks' relationship of four years finally crashed and burned after it was made the central storyline of Real Housewives of Orange County's most last season. The campaign to prove the validity of Brooks' health records was spearheaded by Housewife newbie Meghan King-Edmonds, and occupied most of the drama. Vicki stood by her man for as long as she could before he finally moved out, to everyone but Vicki's enormous relief. Vicki is not a fan of alone-time though, and it hasn't taken her long to find a new guy. His name is Steve Lodge, and he is an ex-police officer and detective from Anaheim, California, according to his LinkedIn. He is also running for city council in November. From her social media posts, Vicki appears to be extremely smitten with her new squeeze, and her daughter Briana approves, though she told Andy Cohen on Watch What Happens Live that she's being "very cautious."

Now, Steve works in public affairs, per his LinkedIn profile. He is listed as the Principal of Chamus & Associates, which is a "full service Public Affairs firm." They seems to specialize in real life crisis management situations and crisis prevention. Before his position at Chamus & Associates, Steve worked as the Director of Public Affairs at Hill International, Inc., and before that was when he spent 27 years on the police force as an officer and a detective.

Hopefully this relationship turns out to be less dramatic and more supportive than the last (by friends and family, alike). Vicki really needs a win when it comes to her Love Tank, and I think every fan of the show can agree that she deserves to find the man of her dreams.