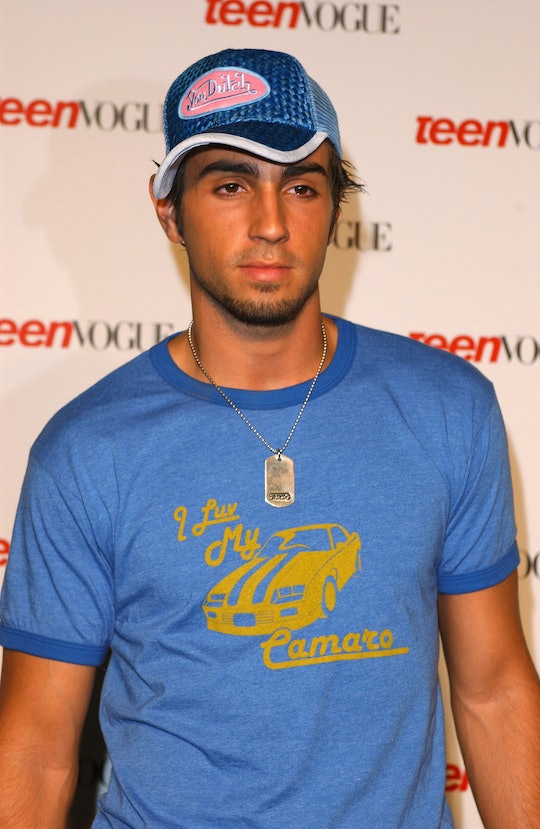 You Might Not Know Wade Robson's Name, But You've Seen His Moves

Controversy revolving around a documentary about Michael Jackson that premiered in Sundance back in January about has been reignited. With HBO's Leaving Neverland now airing, critics and fans alike want to know who Wade Robson is — since he's one of the central narratives within the context of the footage — and whether his claims of alleged abuse by the pop star in the '80s and '90s is true or not.

Robson, the 36-year-old husband, father, choreographer and producer is behind shows like The Wade Robson Project and So You Think You Can Dance and he's directed music videos and world tours for a slew of other major pop stars like Britney Spears and *NSYNC. The Australian born pro got his start performing in a talent troupe called Johnny Young's Talent School where he hit the stage 14 shows a week. From there, he was recruited to take part in Jackson's music videos, "Black or White," "Jam," and "Heal the World." By the time he was 11, the kid had released a hip hop album as part of the duo, Quo, under Jackson's MMJ label, was teaching dance classes by age 12, and began the celeb dance choreography by the age of 14 where he then went on to become a world-famous and highly sought-after instructor and choreographer.

During Jackson's criminal trial in 2005, Robson testified under oath in Jackson's defense. Four years after Jackson's death, Robson filed a lawsuit against his estate with the alleged abuse, claiming he'd been the victim of seven years of molestation by Jackson. However, in 2015, a judge declared an expiration of the statute, adding Robson waited too long to file, and the case was dismissed. A year later, Robson's lawyer amended the claim to say MMJ Productions and MJJ Ventures "operated as a child sexual abuse operation, specifically designed to locate, attract, lure and seduce child sexual abuse victims." Another amendment later, Robson added neglect against the companies to the stack.

As reported by Vanity Fair Jackson estate attorney, Howard Weitzman, says the two-part, four-hour documentary is a breach of a clause in the network's "longstanding contractual relationship" with Jackson, and that the filmmakers didn't reach out the to estate or family, friends, and "other defenders of Jackson," for comment, which becomes an ethical breach as well. The estate sent a letter to HBO calling accusers "disgraceful," requesting all should have backgrounds and credibility examined, according to Associated Press. "Those concerned should be given an appropriate and timely opportunity to respond,” the letter says. "I think we can all agree that the false allegations being made in your ‘documentary’ are ‘significant allegations’ . . . it is hard to imagine more significant accusations that can possibly be made against anyone."

Director of the documentary, Dan Reed, responded saying the focus is on Robson and James Safechuck. "Anyone who sees the film will know it is solely about hearing the stories of two specific individuals and their families in their own words, and that is a focus we are very proud of," he said. According to Variety, after a Jan. 28 statement by the Jackson family calling the documentary a "tabloid character assassination" and "public lynching," the estate has now filed a $100 million lawsuit against HBO stating, "Michael Jackson is innocent period," and adding that the damages caused by "HBO's reprehensible disparagement of Michael Jackson" could exceed $100 million.

So where does Robson come in with the new development? The estate added, "Although Robson and Safechuck now claim to want to speak the truth publicly to help out other ‘victims,’ their prior actions show otherwise." In a statement to The Hollywood Reporter, HBO said, "Our plans remain unchanged. Dan Reed is an award-winning filmmaker who has carefully documented these survivors’ accounts. People should reserve judgment until they see the film."