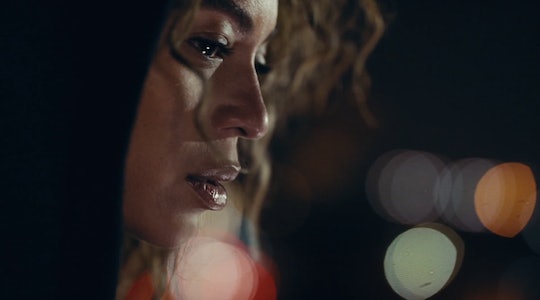 Who Is Warsan Shire? The Somalian-British Poet Is Featured In Beyonce's 'Lemonade'

Beyoncé has a knack for finding just the right artists to compliment her masterpieces. After her fifth studio album release in 2013, the singer’s fanbase was captivated by Nigerian writer Chimamanda Ngozi Adichie’s words to Bey’s empowerment anthem “Flawless.” Unsurprisingly, Beyoncé has done it again and is about to enlighten all with the beautiful poetry of Warsan Shire, the Somalian-British poet who was featured in Lemonade. So, let’s study up on who Warsan Shire is and why Beyoncé featured her in jaw-dropping visual album.

Of course, a prominent shout out from Beyoncé would help anyone’s career take off, but Shire made a name for herself as an accomplished poet long before she was featured in Lemonade.

For starters, the Kenya-born, UK-raised Somali poet won the U.K.’s Brunel University inaugural prize for African poetry in 2013. Not too long after that, she became London’s first Young Poet Laureate. The following year she was named Queensland, Australia’s poet in residence.

She’s released two pamphlets of her poetry so far, first Teaching My Mother How To Give Birth in 2011 and Her Blue Body in 2015. While we’ve only gotten taste of Shire’s work so far, a full collection of her work is to be released later this year.

Shire, all of 27-years-old, has read her poetry all over the world — the United States, the U.K., Italy, Germany, South Africa, and Kenya — as well as being published in a variety of notable literary publications.

Even more impressive, The New Yorker profiled her in 2015 for her poetic and humorous take on immigration and reality TV. The profile opened with the praise,

It’s a rare poet who can write movingly about African migration to Europe and also tweet humorously about the VH1 reality show "Love & Hip-Hop: Atlanta."

Recently, Shire's been busy at work putting together her full collection of poetry and, of course, working with Bey, but she still has time to work as the poetry editor for SPOOK magazine in addition to teaching poetry workshops, both online and globally.

Shire has amassed more than 60,000 Twitter followers in the past few years, and although she seldom tweets, when she chirps in it's generally to share snippets of what appear to be her favorite poems, news on her published work, and a few hilarious jokes here and there.

The New Yorker profile from last year described Shire's poetry as “longing for home, a place to call home” and noted that her work is "a first-generation woman always looking backward and forward at the same time, acknowledging that to move through life without being haunted by the past lives of your forebears is impossible."

Shire helped contribute portions of Lemonade by giving Beyoncé license to use quotes from her book Teaching My Mother How to Give Birth and selections from the poem “For Women Who Are Difficult To Love.” Shire’s poetry fit right in line with the themes presented throughout the long-anticipated visual album, such as black identity, infidelity, sisterhood, and faith. Lemonade is starting conversations on equality and race and it does so with the creative support of Shire, whose résumé alone is empowering to the Beyhive and beyond.