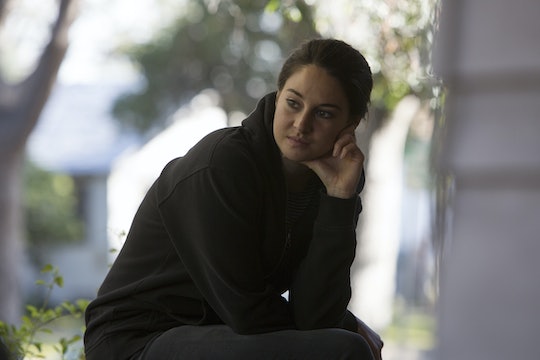 Life may seem serene and perfect in Monterey, California at first, but as the Big Little Lies series premiere more than proved, outside appearances can be misleading. Lies (both big and little) surround the town while a future murder is left hanging over the audience's head. Both the victim and the killer are left unknown, but those certainly aren't the only mysteries to explore after this riveting hour of television. For example, who is Ziggy's dad on Big Little Lies? Madeline broached the subject to Jane over coffee, and while the conversation didn't appear to rattle her, she definitely made a point of being as vague as possible. But why?

Those who have read the book undoubtedly already know the answer to this question, along with Jane's entire backstory. However, for those of us (myself included) who are embarking on this journey for the very first time, it's unclear what exactly the deal is in regards to Ziggy's dad. My initial thought was that Ziggy could've potentially been conceived out of sexual assault. I say this, in large part, due to the ominous flashbacks Jane kept having throughout the episode. We only saw the back of her head, but Jane kept picturing a woman (presumably herself) in a blue dress that looked to be torn and she was obviously very upset.

No words were actually spoken in these brief glimpses from the past, but it definitely indicates a significant incident in her life. Could this have been the night Ziggy was conceived after being attacked? Again, this is nothing but a hunch on my part and a very dark one at that. But it does seem to add up since there's clearly more to Jane's past then she's letting on.

It's also worth mentioning how concerned she seems to be about Ziggy. Granted, every parent worries about their kids. That's not the strange part. But when she saw him standing near her bed while she was trying to sleep, she looked more than startled. She even seemed — dare I say — somewhat scared? Ziggy was nothing but sweet throughout the entire episode, so it seems almost insane for her to be scared of him in any capacity. But when that little girl was attacked in school and pointed the finger of blame in Ziggy's direction, Jane didn't seem all that surprised, in my opinion. And while she insisted to him that she believed in his innocence, it felt like she was almost trying to convince herself of that fact just as much as him.

Could a small part of her wonder if her son shares some of his father's violent tendencies? Right now, it's impossible to say what's going through her mind, but it's certainly possible she's feeling a bit paranoid about the whole thing. And let's not forget how Celeste seemed to recognize a commonality between the two of them during their first interaction after dropping the kids off at school. She seemed to get what Jane was trying to say about feeling disconnected and apart from the life she's living. And since we found out at the end of the hour that Celeste's husband is at least somewhat abusive, it could be a hint that they'll bond over their dark histories with men.

I don't know who Ziggy's father is, but based on all the signs, I'd say he's not someone worth knowing.