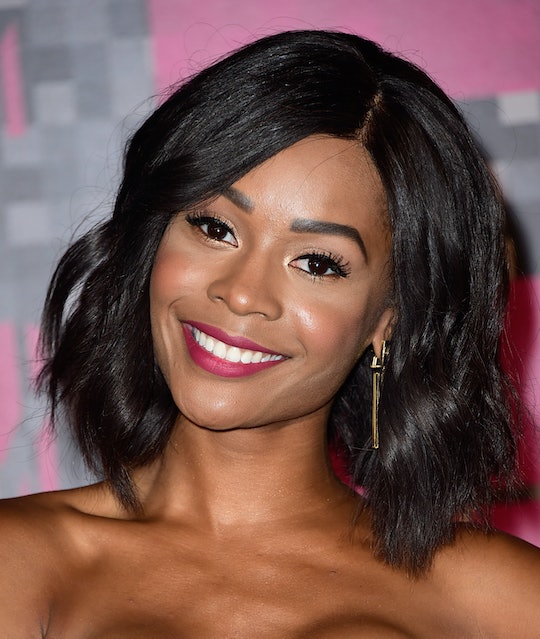 If you love Ross Mathews and by de-facto, Ross Mathews' voice, you're probably eating up his 2016 Golden Globes red carpet coverage on E! But once you've exhausted your Googling for whether or not Mathews' voice is real, you might have moved on to his co-host. Who is Zuri Hall, the woman manning the "sky box" with Mathews?

Hall has one of those catchall titles that really, well, catches everything she does: American Television Personality. The young woman is a correspondent for E! News and also co-hosts the MTV after show for The Challenge. She's also appeared on Vh1's Morning Buzz show.

While her on-air talent impressive, her off-air endeavors are just as admirable. According to Hall's website, she founder of the blog AlphaBabe, site that aims to empower women. She describes it as a "lifestyle guide for the working girl -—where girl power, glamour, and the grind collide. #AlphaBabes are strong, sexy, smart. We balance it all: work, love, and life —with substance and style. It's time to add some 'haute' to your hustle!"

Naturally, she was excited about the opportunity to host alongside Mathews. "Is this real life?"

Before starting her career as a TV personality, Hall reportedly received a full academic scholarship to Ohio State University and received a Regional Emmy in the "Outstanding Host — Talent" category.