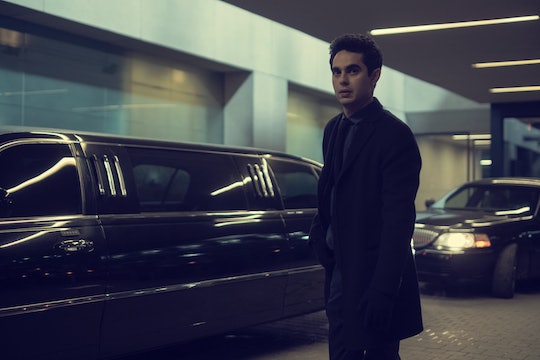 Nick Might Be In Danger On 'The Handmaid's Tale'

At the end of Season 2 Episode 10 of The Handmaid's Tale, Nick was unexpectedly knocked out and dragged into a black van, then taken away. He did not appear at all in the following episode, and there were no hints about what happened to him. That understandably leaves viewers with a lot of unanswered questions: who kidnapped Nick on The Handmaid's Tale? Is he even still alive? Will he return?

"Holly" didn't spare a minute for Nick, so fans can only speculate about his fate. However, there were enough hints to put together a passable theory about who took Nick. He had accompanied June to a lake house on Commander Waterford's orders so she could have a few brief moments with her daughter, Hannah. But after Hannah's guardians departed with her in one of Gilead's standard black vans, another drove up to the house. At least two men dressed all in black confronted Nick, dismissed his story about being there to check on the house, and pulled him away. There was also a gunshot; it didn't seem as though it actually made contact, but the whole scene was too quick to know for sure.

The police force in Gilead typically dress entirely in black, as do Eyes and chauffeurs like Nick. That makes it seem like he was taken into custody by the government.

That doesn't come as a total surprise, since Nick has been playing a dangerous game for a while. If it was revealed that he had fathered June's child instead of Fred, then Nick would almost definitely be executed. He was the one who tried to help June escape early in the season, and he passed on the handmaids' letters to Luke so he could leak them to the public. Nick is also being watched by his child bride Eden, a true believer who is on guard for any behavior from Nick that deviates from the prescribed norm.

Nick could be in serious trouble if any of that got out. It's very possible that Eden tattled on him considering how strained their arranged marriage has been. She might have turned him in, though it's not clear how she would have known he was at that particular house since the entire meeting was meant to be a secret. Perhaps Isaac, the guard who has been hanging around the Waterford home, had something to do with it. He's interested in Eden, so he may have been trying to get Nick out of the way or punish him for making Eden so unhappy.

The good news is that Nick's mysterious abduction seems to resolve by the next episode. The promo for Episode 12, "Postpartum," reveals Nick wandering around the Waterford home as usual, with nary a scratch upon his person. He doesn't even seem shaken up. If he was threatened or disciplined by the Gilead police, then he's not showing any signs of it. Then again, Nick always has played his cards close to the vest.

There are two notable scenes in the short trailer: in a tiny snippet of a conversation between Nick and Fred, Fred commands Nick to "tell me." Tell him what? Serena explicitly told Fred that Nick was the father of June's baby in Episode 11, so perhaps Fred is seeking confirmation. It also seems like Eden is missing and Nick is looking for her. He shows up in the kitchen to ask about her, telling June that Eden was gone when he woke up. One half of the Blaines has returned, but now the other half has vanished.

Even though many of the details of Nick's kidnapping were left unexplained, it seems like he survived the altercation just fine.