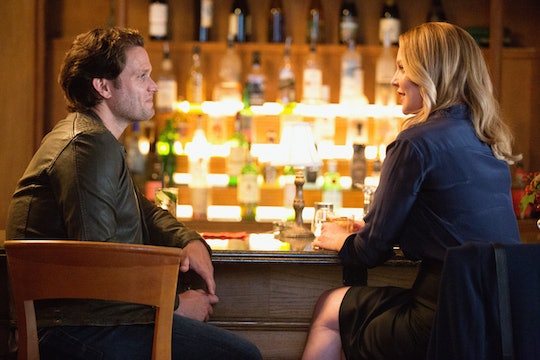 'Doubt' Will Involve A Mysterious Murder

CBS' newest drama, Doubt, premieres on Wednesday, Feb. 15, and people already can't stop talking about it. The new series follows the lives of a group of attorneys that work at a small boutique firm and centers around Sadie Ellis (Katherine Heigl) who is defending Billy Brennan (Steven Pasquale). Billy is accused of murdering his girlfriend, Amy, 24 years ago, but Sadie's goal is to prove there's reasonable doubt that he really committed the crime. But if Billy didn't commit the murder, who killed Amy on Doubt?

While Sadie seems to be perfectly confident of Billy's innocence, it's worth noting that her opinion on the issue is a bit biased. Just as with any drama, there's a bit of a twist on the show. Sadie is actually falling in love with Billy, and while she may truly believe he's innocent, it's hard to know whether or not her personal feelings are clouding her better judgement on the matter. Still, because this is a drama that I'm sure will be filled with shocking surprises, I don't believe Billy did it either. However, since the show hasn't begun yet, it's hard to say who did. Right now Billy is the only suspect and let's be real, it's almost always the boyfriend that did it. But I can see why Sadie doesn't want to believe it.

Billy is described as "an altruistic pediatric surgeon" on the show's official page on CBS.com, and Sadie wouldn't be the first person Heigl has played who falls for a hot doctor that helps kids. You know who I'm referring to? Izzie Stevens on Grey's Anatomy. But I digress. The point is, it's easy to see why Sadie can sometimes forget he's on trial for the murder of his previous girlfriend. He does seem pretty charming in the trailer and their chemistry feels like it'll be off the charts. But is that just the throw us off his scent?

While I do believe Billy didn't commit the murder, I struggle to believe he had nothing to do with it at all. He must know more about his ex's murder than he's saying. If Doubt is the intense legal drama CBS claims it'll be, I expect Sadie will be devastated when Billy's secrets (which I'm sure he has), start coming out, thereby putting her heart and her career in jeopardy. Even if Billy didn't kill Amy, I wouldn't trust him and neither should Sadie.

You can start to learn the truth about the murder of Amy when Doubt premieres on Wednesday, Feb. 15 at 10 p.m. ET on CBS.