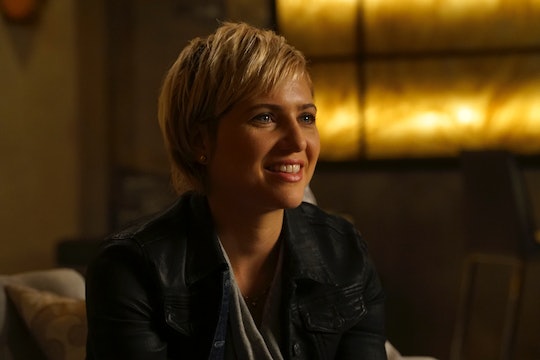 Who Killed Sara Harvey On 'Pretty Little Liars'? It's A Mystery

Sara has been upping her shadiness quotient ever since the show returned. She's been lurking and sneaking around, as well as partnering up with professional red herrings Jenna Marshall and Noel Kahn. Sara was really doing her best to make herself look suspicious and, combined with the company she kept, it definitely put her in the running as one of the people potentially working as A.D. or Amoji. However, in "Wanted: Dead or Alive," Sara finally showed a glimmer of emotion when Emily confronted her about her questionable actions.

Sara insisted that she was looking out for Emily and that she cared about her (funny way of showing it, creeper). In fact, according to Sara they were both after the same thing, presumably to discover Charlotte's killer and expose A.D. It's fitting that as soon as Sara gained a little depth she was gone, left for dead in the shower she loved so much.

The obvious answer to who killed Sara seems like aforementioned red herring, Jenna Marshall. Sara's concern over Emily was very upsetting to Jenna, but Sara didn't seem to view Jenna as a threat. It's possible that Jenna was the one who took Sara out for getting too close to revealing too much to Emily, but it seems more likely that there's a bigger threat behind everything. That's usually how it goes in Rosewood. In fact, Sara very nearly revealed to Emily who the real threat is before Jenna cut her off.

A.D. and Jenna are both interested in finding Charlotte's killer. Jenna didn't want Sara to spill the beans on who the real threat in this situation is. If the real threat is A.D. then it's beginning to seem like A.D. is someone Jenna knows and is even protective over. And perhaps A.D. is behind Sara's death since she seemed to be a little too interested in Emily.

The list of people who Jenna might care about is pretty short. She still has that weird thing for Toby and she's obviously in contact with Noel Kahn, but any other friends she has are a mystery. She bonded with Charlotte during the five year time jump so there's no telling what other friendships she may have formed with unexpected characters. A connection to Jenna almost always ends in death, so whoever her remaining friends are, they should start watching their backs. Even if she didn't deliver the fatal blow to Sara, Jenna is definitely involved in some way.