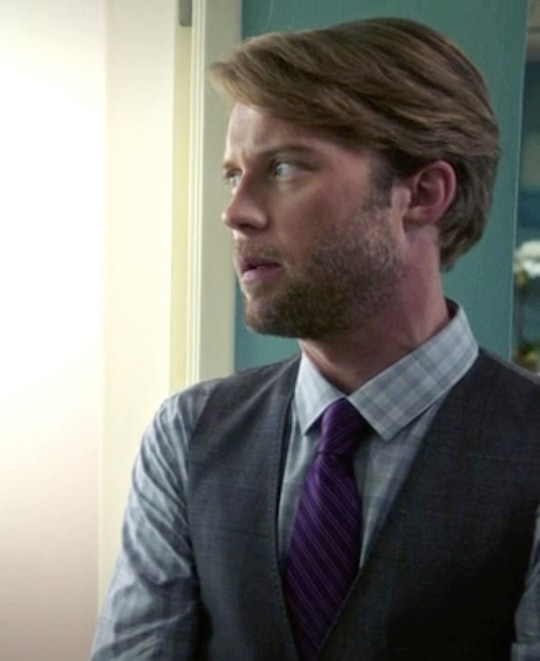 While fans were still reeling from Michael's death, only a week later they had to deal with the passing of yet another character. Though Scott is much less lovable than Michael was, his murder has opened up a new mystery. So who killed Scott on Jane the Virgin? There are a few possible suspects at this point.

"Chapter Fifty-Five" jumped three years into the future, after Michael's death, leaving every character in very different places in their lives. While the show caught up with most characters there were four that were mysteriously missing: Scott, Anezka, Luisa, and Rose. The last time fans saw Scott and Anezka, they'd just gotten married and were blackmailing Petra so Anezka could stay in the United States. Meanwhile, Rose donned a new disguise so she could be with Luisa, as long as she promised she was done killing people.

Though there was no mention of Luisa and Rose, in the latest episode Rafael asked Petra whatever happened to Scott and she said that after he and Anezka split up, he just kind of disappeared. However, Petra seemed a little sketchy when she answered and it definitely felt like she knew more than she was saying. Therefore many fans weren't surprised when the kids' treasure hunt at the end of the episode turned up Scott's corpse, still in his Marbella uniform. I wish I could say I felt bad for his demise, but then I'd be lying.

Because of the three-year time jump, it's hard to know when exactly Anezka and Scott broke up and how long Scott has been dead/missing. However, due to Petra's suspicious actions, she and her sister seem like the most likely suspects. It's possible Anezka decided she didn't love Scott after all and enlisted her sister's help to get rid of him. Petra probably happily obliged since Scott was blackmailing her with Rafael's dad's will.

Alternatively, Rose is always a popular suspect. Although she promised Luisa she'd turn over a new leaf, old habits die hard. Still, what motive could Rose have for killing Scott? Have they ever even interacted before? It's hard to say, but there were three whole years viewers missed. A lot clearly happened during that time and really Scott could've died at anyone's hands. It could even me someone fans haven't met yet.

Hopefully, the show won't drag out this mystery until the end of the season because I'm kind of already over this storyline. Fans will just have to wait and see when the truth will be revealed.