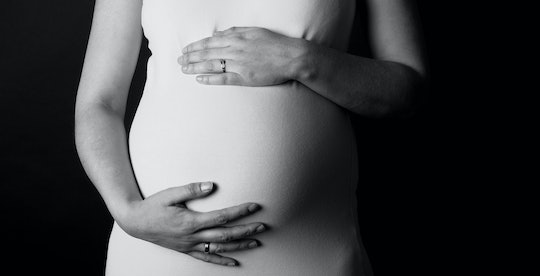 Who Might Be Eligible For Uterine Transplant? It Could Make Pregnancy Possible For Thousands Of Women

This week, the recipient of the nation’s first uterine transplant came forward to say that she’s recovering well after having the surgery last month, according to multiple news reports. That’s great news for thousands of women who could potentially benefit from uterine transfer. But the surgery won’t be for everyone; doctors warned that the extensive screening and clinical demands could mean that, while as many as 50,000 women could be medically eligible for the surgery, a far smaller number of patients who might be eligible for uterus transplants could get them in the future.

The first U.S. patient to receive a uterus transplant — a 26-year-old-woman identified only as Lindsay — appeared on Monday with her medical team at a press conference at the Cleveland Clinic, where the groundbreaking process took place. Lindsay suffered from uterine factor infertility, according to CNN. Like some 3 to 5 percent of women, Lindsay was born with healthy ovaries but without a uterus, CNN reported. If the process is successful, in two years or so, Lindsay will be able to give birth to a healthy baby via in-vitro fertilization and Caesarian section. In the interim, Lindsay will take a host of anti-rejection medications and monitoring in order to ensure a successful organ transplant.

According to the New York Times, doctors said the experimental surgery — which involved harvesting a healthy donor organ from a deceased patient — was meant to help women who were born without a uterus, had it removed, or suffered some sort of damage. And while the clinic has only been given permission to perform ten uterine transfers as part of a pilot program, if successful, the operation could eventually be made available to as many as 50,000 women suffering from rare infertility issues, the Times reported.

Lindsay and her husband Blake are parents to three sons through adoption. At the press conference in Cleveland, she expressed her “immense gratitude” to the unidentified donor’s family for allowing the transplant to happen:

I was 16 and was told I would never have children and from that moment on, I've prayed that God would allow me that opportunity to experience pregnancy. And here we are today at the beginning of that journey.

Describing the transplant process as a “journey” is certainly accurate. The Times reported that while thousands of women were medically eligible for the pilot, only a few hundred ultimately qualified due to the extensive evaluation process.

First, prospective uterine recipients had to have healthy ovaries and eggs, the Times reported. Then, potential patients had to be in a stable relationship and psychologically able to cope with the transplant process. In addition, prospective patients had to cover the costs of living in Cleveland for parts of the study.

In Lindsay’s case, much of the cost of the uterine transplant and pregnancy were covered by research money from the clinic and her own insurance, but future surgeries could be quite costly. According to online health and medicine magazine StatNews, the Cleveland Clinic declined to speculate how much future uterine transplant surgeries might cost, but medical ethicists claimed the figure could easily reach $100,000.

And, as with any transplant surgery, there are risks: the Times reported that even after an otherwise successful surgery, patients may still face an increased risk of infection or even cancer, since the anti-rejection drugs suppress the body’s immune system. However, in a departure from traditional transplant situations, doctors don’t intend for Lindsay’s uterine transplant to be permanent. Doctors told the Times that the transplanted uterus should remain viable for five years: after the patient has given birth to one or two babies, she can have the uterus removed or simply stop taking the anti-rejection medications and allow the organ to whither away.

Still, a successful uterine transplant would have huge implications for women who might otherwise be unable to carry a pregnancy — and who choose not to pursue the ethical and financial tangles of surrogacy. A surrogate isn’t guaranteed to follow the biological parents’ wishes when it comes to lifestyle, diet, or even medical choices. Also, some have argued that the concept of “renting” a healthy uterus for a hefty fee means poor women are more likely to be surrogates. Offering another option could help sidestep those ethical issues and put more choices in the hands of women themselves. Lisa Campo-Engelstein, associate professor at the Center for Biomedical Ethics, Education, and Research at Albany Medical College, pointed out in her interview for StatNews that, for many women, carrying a pregnancy to term is incredibly important:

In our society pregnancy is the ultimate marker of femininity. If you’re able to give birth, you’re a ‘true’ — quote-unquote — woman. In the US, reproductive care is often seen as not real medical care. It’s troubling when we get a lot of ethicists coming in authoritatively and saying ‘Women don’t need this; it’s not important’ without listening to women’s voices.

But while Lindsay’s doctors described her prognosis as positive, the team said it's holding off on celebrating just yet. Cleveland Clinic OB-GYN surgeon Dr. Rebecca Flyckt told CNN reporters on Monday, “Uterus transplant is not just about a surgery and for moving a uterus from here to there. It's about having a healthy baby, and that goal is still a couple of years away.”