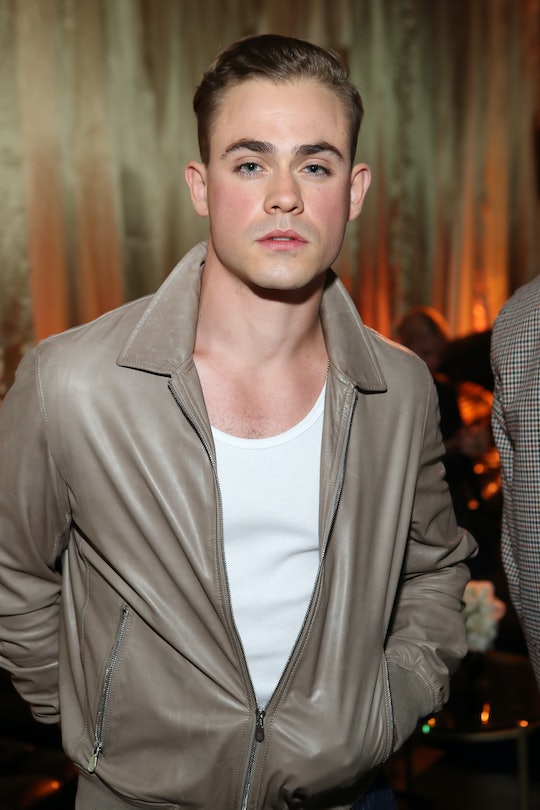 Stranger Things Season 2 will bring the return of a lot amazing characters, but also introduce a few new ones. Two new characters popping into Hawkins, Indiana this season are step-siblings Max and Billy. So who plays Billy on Stranger Things? You may, in fact, recognize him from the latest Power Rangers movie.

Australian actor Dacre Montgomery has stepped into the role as the newest bad boy in town. The 22-year-old had his first major role as Jason, the Red Ranger, in the latest Power Rangers reboot, which received pretty good reviews and is in talks for a sequel. Montgomery also snagged his first Teen Choice Awards nomination for the role as Choice Sci-Fi Movie Actor, however he didn't get the win. Besides Power Rangers, Montgomery has appeared in a few other films, including A Few Less Men and Better Watch Out. Prior to that, he got his start in the video shorts Make Them Suffer: Old Souls and Bertrand and the Terrible.

Montgomery's role in Stranger Things will be his first role on a TV show. He was cast in a pilot for the show, Family Tree, back in 2011, but it was never picked up. Thus, his role as Billy could be a stepping stone for bigger things in the future.

It's unclear what brings Billy and his family to Hawkins, but Billy is said to be an antagonist this season. He's "prone to big mood swings and violent behavior," according to Comicbook.com, and will be another villain, along with the new supernatural foe the people of Hawkins will face. No doubt, he'll be more involved with Nancy, Steve, and Jonathan than the Stranger Things kids, though you never know.

While Billy's role on the show is pretty clear, his stepsister's is not. According to Variety, Max has a "complicated history and a suspicious streak." Star Finn Wolfhard, who plays Mike on Stranger Things, gave People a little more info into Max's character, explaining that she comes from San Diego and makes her way into the boys' friend group. "She's this sort of skater punk girl, and Dustin and Lucas end up kind of falling in love with her," he explained. "And she sort of gets into the group, and I'm not really happy with it because I'm kind of envious because they're in love and I'm not."

It looks like Max could bring some drama into the group, which will be interesting to see, especially when Eleven returns, which based on the trailer, she'll definitely be doing. In the first season, it was Mike who was "in love" and that drove a brief wedge between him and Lucas, who felt Mike was blindsided by his feelings for Eleven to really see what was going on. Though the issue was resolved, I could see this becoming an issue again this season.

So it appears, as the boys get older, it's not just the teens that'll be mixed up in a love triangle. However, while the romance aspect of the show will surely be fun, at the heart of the show is still this very mysterious and dark creature, that will be the monster the town has to face this season. Not a lot of information has been given about what to expect from this creature, but based on the trailer and promotional photos, it looks like this will be a bigger obstacle to face than the Demogorgon.

One has to wonder if Billy and Max will be a help against this new monster, or a hindrance. Thankfully, fans can find out immediately now that the second season of Stranger Things is on Netflix as of Friday, Oct. 27.