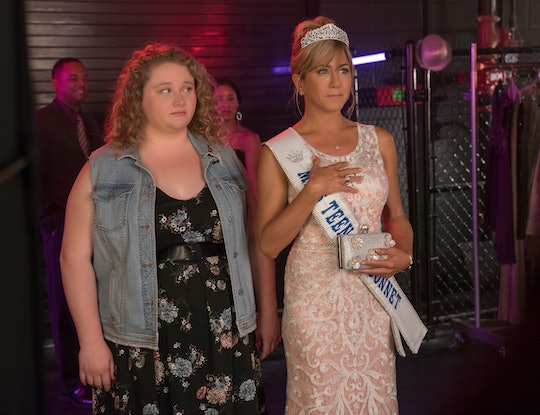 Maybe you've seen the banners on your Netflix, or maybe you've seen all the praise online, but you've definitely heard of Dumplin' — about a body-positive, back-talking, Dolly-Parton obsessed teen in Texas. Then once you've actually watched this movie, you're definitely going to be asking, who plays Bo on Dumplin’? Willowdean Dickson enters her former beauty queen mother’s Miss Teen Bluebonnet pageant as a form of rebellion and inadvertently sparks a revolution. Bo, played by Luke Benward, plays an important role as the would-be teen queen’s love interest. The teen dreamboat has been around for a little while.

Benward probably most recognized for his role in the short-lived CMT comedy Still the King or as Jack in the Melissa McCarthy movie Life of the Party. He was also in 2006’s How to Eat Fried Worms, for which he won a Young Artist Award with the cast for best young ensemble in a feature film. Benward has also dabbled in music and released his first and only EP in 2009, so I guess you could call him a double threat, though he seems totally focused on acting these days. But just for fun, I highly suggest seeking out the album cover art for his EP, Let Your Love Out, if only to see his teenaged swoop of the hair before he became the actor he is today.

Benward doesn't seem to be into making music these days, but he did recently star in the three-part music video for Jason Aldean’s song, "You Make It Easy."

The jury is still out on whether he is in a relationship — there's no obvious reference to a lucky lady on his social media pages. He does seem to have a close relationship with his family, however. His father, Aaron Benward, is a country singer, actor, and producer who produced Benward’s upcoming movie Playing God. He’s also close to his sisters. Benward recently posted a photo with his sister who was in a Homecoming sash and wrote in the caption, "My homecoming queen no matter what. Love you more than life bootsie." Kind of adorable.

Benward has been through the Disney Channel circuit and appeared in different Disney Channel series and made-for-TV movies, including Girl Meets World, before he got his big break in more recent big screen movies. When speaking to BriefTake about his role in Life of the Party, he sung praises for McCarthy and her husband, Ben Falcone, who directed the movie.

"I definitely had to up my game," he said, of working with some of the biggest names in comedy. "I tried to do my best and come into it with open eyes and open ears and just play off what these brilliant people around me put out there. I feel like it lent itself to chemistry and we all came into it with a similar mindset. It was a very creative and harmonious environment."

He added that Jim Carrey and Will Ferrell are on his list of dream co-stars and that he’d like to work with Christian Bale and Leonardo DiCaprio on more serious projects someday. "I love that they give all they have and put it into their roles," Benward said.

His role as Bo in Dumplin’ isn't one of the more serious parts he’s played so far, but it does add another star-studded movie to his growing resume. With so many upcoming projects, it’s going to be interesting to see what he does next.