Who Plays Boo Boo In 'The Get Down'? He's New To Acting

The group of kids at the heart of The Get Down are doing their best to follow their dreams. The show assembled a great cast of young actors who are endearing and talented, making them incredibly easy to get invested in. Amongst veteran Hollywood kids like Jaden Smith are newcomers who are getting their big break thanks to their roles in the series. One of the main boys, Boo Boo, is a "mechanically minded kid" who also happens to be "an irrepressible forty-year-old in a fourteen-year-old body," which could be a tall order for such a young actor. So who plays Boo Boo in The Get Down?

Tremaine Brown Jr. makes his acting debut as Boo Boo after being discovered performing in the subway in New York City. Brown is only fourteen but he's an aspiring rapper and dancer who is getting a great shot at continued success thanks to the opportunity of appearing in The Get Down. Boo Boo is one of the younger brothers of Jaden Smith's Dizzee, alongside the equally smart Ra Ra (Skylan Brooks). They're friends of lead character Zeke (Justice Smith) and usually end up tagging along on his journey. The relationship between the boys is important to building the world of the show, and they manage to work together to make it feel organic. 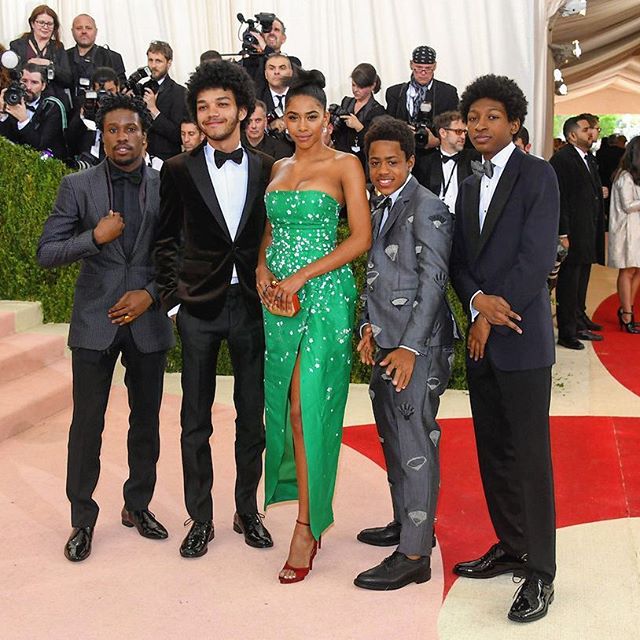 Luhrman spoke of how important that bond was to the show in a press release. "The characters these young actors play in The Get Down unwittingly become a band of brothers," he said, before going on to discuss the the diversity of their backgrounds and where they come from, from the Bronx to Atlanta to L.A. " I know they're collectively on the beginning of a thrilling journey with a big story to tell."

Brown told Teen Vogue that he found it easy to get into the role because of the similarities between him and Boo Boo, such as the fact that they're both Bronx natives. "It's really no preparing because I relate to him. It's just being myself," he said. "I am young but my mind is older and I want to do stuff that a fourteen year [old] kid doesn’t want to do." He also spoke about being prepared and smart when it comes to getting involved with the entertainment industry so you don't end up blinded by it.

Despite his young age, he seems to have a good head on his shoulders and a clear vision for how to move forward.