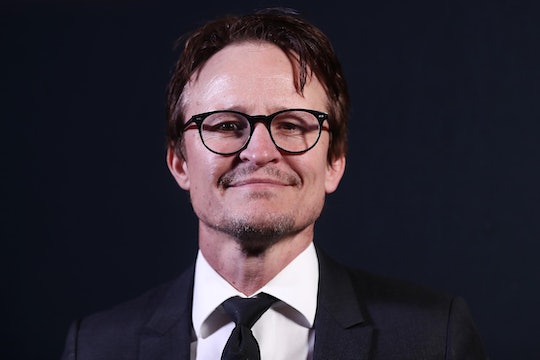 'Mindhunter' Brings Another Famous Killer Into The Fold In Season 2

Back in the first season of Mindhunter, FBI agent Holden Ford (Jonathan Groff) wanted to talk to one of the most notorious criminals of all time: cult leader Charles Manson. In Season 2, now streaming on Netflix, he'll finally get his wish. The trailer hints at Manson's arrival but never actually shows him. However, Australian actor Damon Herriman, who plays Charles Manson on Mindhunter Season 2, has already managed to make an impression in the role.

That's because Herriman played Manson once before, in Quentin Tarantino's Once Upon a Time...in Hollywood. If you wanted to get a glimpse of how he interprets the character, then that movie may be a decent primer for what's to come on Mindhunter. But both projects feature Manson very differently. Per Cosmopolitan, Herriman had a small, non-speaking role in Tarantino's film as a younger Manson; he's older in Mindhunter, and has already been in prison for some time. It sounds like Herriman has managed to capture those different times in Manson's life, because his one of his Mindhunter co-stars is already praising his work.

"Every once in a while, the right actor meets the right role at the right time in the right project," Holt McCallany (who plays Bill Tench) told Joe. "It happened in Season 1 with Cameron Britton as Ed Kemper and he just hit a home run right out of the park. It happens again this season with Damon Herriman as Charles Manson."

While Herriman is busy putting on his cult leader wig lately, his career is so extensive that you've most definitely seen him somewhere before, even if you didn't realize it at the time. He started working in TV in 1976, but in recent years appeared on the shows Justified, Flesh and Bone, and Top of the Lake. He also has an extensive movie career. Perhaps you caught him in House of Wax, J. Edgar, or The Lone Ranger — just three out of a very impressive resumé. Outside of his Manson work, Herriman recently appeared in the film Judy and Punch, as well as the series Lambs of God and Perpetual Grace, LTD.

Playing a real person comes with its own set of complications, because there's plenty of real life footage of Manson that people can compare Herriman's performance to. But having those references appears to have been helpful for him, because he told CBS that he "viewed everything I could find to watch of [Manson]." He read books about Manson and listened to podcasts about him; he even listened to Manson's original music.

Even with all that research, Herriman felt he couldn't quite figure out what motivated Manson. "The guy was incredibly complicated and there was a different Charlie depending on what mood he was in," Herriman said to CBS. "He could even change moods within the same interview." He concluded, "There's a lot to get your head around with him."

Manson is a complex role, and one that comes with a lot of baggage because of how well-known he is. But it sounds like Herriman keeps playing Manson because he's got the part down pat.