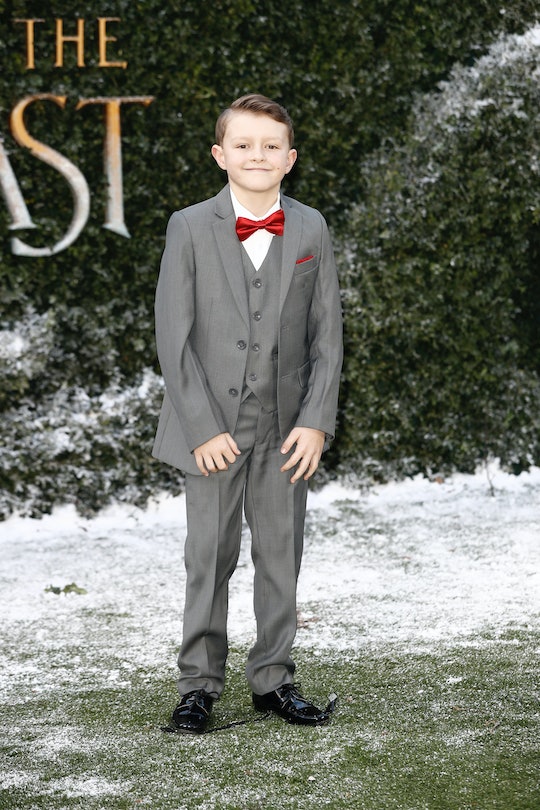 Who Plays Chip In ‘Beauty And The Beast’?

For people who love the Disney classic, this year's reimagined, live-action version of Beauty and the Beast has been long-awaited. With stars like Emma Watson, Ewan McGregor, Emma Thompson, Dan Stevens, Luke Evans, Audra McDonald, and Kevin Kline, the movie is sure to be a box office smash. Some of the film's characters are played by new faces, too. Who plays Chip in Beauty and the Beast? The movie is newcomer Nathan Mack's debut.

The character of Chip is one of the children of Mrs. Potts (played by Emma Thompson) in the film, and is a beloved character from the Disney original. Mrs. Potts was the housekeeper prior to being enchanted like the rest of the characters in the house, and turned into common objects. Mrs. Potts and at least one of her kids get turned into a tea set: she's the tea pot, and Chip is a tea cup. He's so named because his tea cup has a chip in the side. Mrs. Potts and Chip have become such a fan favorite that, over the years, Disney has produced several animated sequels and spinoffs to the original Beauty and the Beast, a few of which Mrs. Potts and Chip star in.

Many fans were excited when it was revealed that British actress Emma Thompson would be joining the case. Thompson is most well known for her roles in Love Actually, Nanny McPhee, and Sense & Sensibility (for which she also adapted the screenplay), and as Professor Sybil Trelawney in the Harry Potter movies.

That being said, it would take a very special kid to play opposite her — which is where Disney got really lucky finding Nathan Mack. This is Mack's first feature film, but he did have a role on the mini series Babylon in 2014. He attends Stagecoach, a performing arts school, and got the role through their agency. He had two auditions, and told HeyUGuys that when his mother told him he'd won the role, he didn't believe her.

Like many of his co-stars, Mack is also from the United Kingdom, and at the film's UK premiere last month he charmed reporters on the red carpet. One clip that's been making headlines for Mack isn't actually about the role of Chip in Beauty and the Beast. At the end of his interview with ITN's Sarah Duffy, she asked him what his dream role to play would be. "James Bond — or Doctor Who," Mack said. Seeing as how his first movie role was in a blockbuster hit and he's already got working the red carpet down to a science, it seems likely he could definitely take on 007 — but unless they make a James Bond origin story of some sort, he'll probably have to wait another twenty years or so.