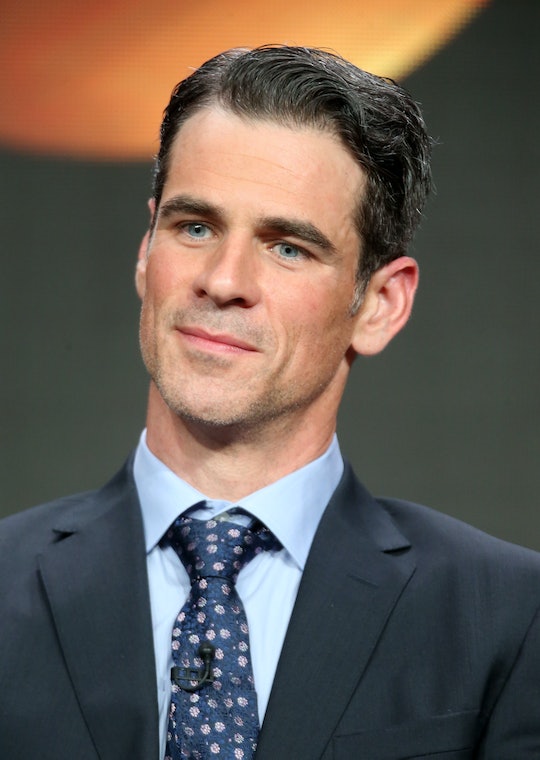 If you were watching the premiere of the new show Conviction on Monday night and you thought to yourself, My, oh my does that DA ever look familiar, rest easy in the knowledge that you are not alone. If he reminds you somehow of an ex-boyfriend from years ago, someone so familiar yet you can't quite put your finger on how you know him, we all understand. If you're thinking to yourself, who plays Conner on Conviction, I can help you out. His name is Eddie Cahill and he looks so familiar because he was on basically all of your favorite shows back in the day.

Cahill's first big credit was playing Carrie's much younger, bisexual boyfriend Sean on Sex and the City in 2000 in the episode "Boy, Girl, Boy, Girl." The same year, he played another Sean in an episode of Charmed. If none of this is ringing a bell, he also played a character named James on a few episodes of Felicity and finally, he is probably best known for playing Rachel's beautiful, sensitive, puppy dog boyfriend Tag Jones on Friends. Unfortunately, Rachel decided to end things with Tag when she turned 30, reasoning that 22 was just too young for her. Well, if only she could see him now.

Cahill went on to act in the 2004 hockey movie, Miracle and then he returned to TV, which appears to be his wheelhouse, on the series CSI: NY playing Detective Don Flack. Cahill stayed in this role for an astonishing 197 episodes between the years of 2004 and 2013. Later he played Sam Verdreaux on CBS's drama short-lived series Under the Dome. But luckily, it doesn't appear that Cahill stays unemployed for long, and has now scooped up a starring role in Conviction.

Cahill's character, District Attorney Conner Wallace is the one who struck the deal with lead character Hayes Morrison's (played by Hayley Atwell) politician mother, essentially blackmailing Hayes into her current job. There is an obvious tension -- sexual and otherwise -- between the two characters, so there's bound to be plenty of action forthcoming between the two of them.

Hopefully Conviction goes the route of CSI and stays on the air for years to come.