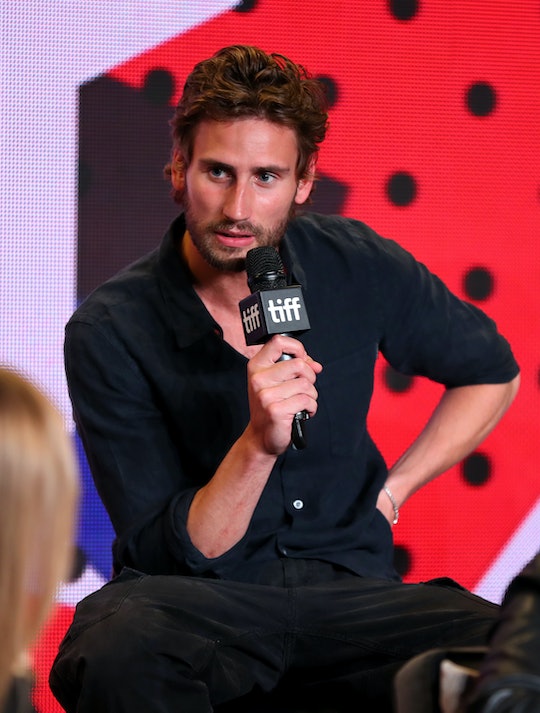 Dr. Simon Jordan From 'Alias Grace' May Look Familiar To Some

So it's official: Alias Grace is definitely everyone's new Netflix obsession. And following the 19th century story of the 1843 murder is so much easier since it's told through the character of Dr. Simon Jordan, the very dreamy doctor who comes to research the convicted murderess Grace Marks about her possible role in the crime. So who plays this Dr. Simon Jordan on Alias Grace and where can fans get more of him?

You might recognize actor Edward Holcroft from a few other things. He was in both Kingsman movies, The Sense of an Ending, and Vampire Academy. If you're into watching British miniseries, you might also have seen him in the adaptation of Wolf Hall or London Spy on the BBC. He's had other small parts in movies and TV, too. However, let's just all agree with the assumption that Alias Grace is going to be his big claim to fame.

Alias Hall is adapted from the Margaret Atwood novel of the same name, and tells a fictionalized version of the true story of Grace Marks. However, Simon Jordan was not a real person. He's merely a device that Atwood used in her historical novel to help her tell the story. Holcroft's character decides to research Marks and the case, all while falling in love with her. Because even convicted criminals need a little love, right?

Across the pond, Holcroft is very well known for quite a few things. One is that in addition to acting, he also once dated Cressida Bonas, Prince Harry’s on-off girlfriend in 2016. The pair apparently broke up because Bonas' parents wanted her to date the fifth in line for the throne, though that plan seems to be moot for now. But he's got some British class in him, too.

Holcroft, who was called the U.K.'s "Star of Tomorrow" in 2014, is the son of Patrick Holcroft, the Lord Lieutenant of Worcestershire, and his mom, Annie, was the former publishing director of Vanity Fair. But the London native has made a name for himself all on his own. The now 29-year-old actor told Interview magazine in 2016 that, for him, acting is all about the role, so you know he's taking his portrayal of Dr. Jordan seriously. He said:

But no matter how famous he gets, don't expect Holcroft to dish very much about his personal or professional life. He's said that he thinks it's crucial actors maintain a sense of "mystery" and explained his thought process in the same 2016 interview:

If you lead a very high profile life — and of course, it’s easy to say this, and if you become incredibly famous because of your work some of that is unavoidable — but if you can do as much as you can to keep away from some of that limelight then you just help yourself when it comes to your work.

Fans will have to see if this line of thinking holds true for Holcroft as his popularity grows, which it is sure to do. Given how great he is on Alias Grace, he could very well find Hollywood fame knocking at his door in the near future. America's definitely ready for him.