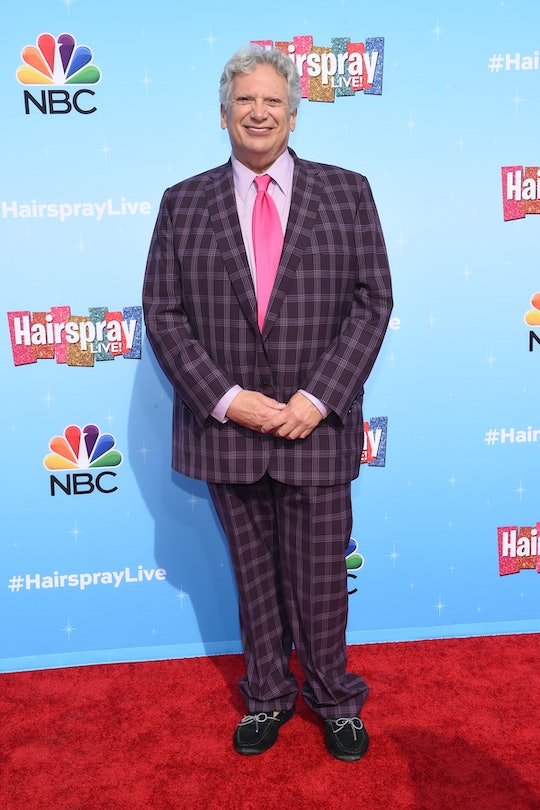 Who Plays Edna Turnblad On 'Hairspray Live!'? Harvey Fierstein Returns To The Role

In the 2007 Hairspray reboot film, audiences suffered through John Travolta in a fat suit in the role of Edna Turnblad, Tracy's overbearing mother. Fortunately, NBC's Hairspray Live!, a televised live staging of the musical set to air on Wednesday, Dec. 7, will return to the show's roots for the role of Tracy's mom. So who plays Edna Turnblad on Hairspray Live!? Harvey Fierstein will reprise the role after winning a Tony for originating it in the Broadway staged production, which kicked off back in 2002.

But obtaining a lead role hasn't been the only way the actor contributed his many talents. Fierstein was also responsible for writing the Hairspray Live! teleplay, adapting the source material from the original 1988 film and the Broadway musical for a live televised event. The six-time Tony nominee has some experience in the musical book-writing realm, earning Tony nominations for his work writing the books of Kinky Boots, Newsies, and La Cage aux Folles. He was also responsible for writing the teleplay of NBC's 2015 musical event, The Wiz Live!

And while Fierstein's drag days are largely behind him, it's significant that the role of Edna returns to its drag roots for Hairspray Live! The 1988 film, which is the musical's original iteration (before it was adapted for Broadway), starred drag performer Divine in the role of Edna, establishing the precedent for Tracy's mom to be performed as a drag role, traditionally.

Fierstein's first major impact on Broadway was a 1982 play he wrote and starred in, titled Torch Song Trilogy, about a gay drag performer. His history in drag performance made him a natural fit for Edna in the original Broadway musical and it remains a significant casting choice today.

Unfortunately, 2007 was not exactly the heyday of honoring queer narratives or historically queer roles in cinema, so the role of Edna got straight-washed with John Travolta's casting, instead of going to a drag performer. These days, we're doing a tiny bit better in the representation of queer folks in queer roles, and so Fierstein's reprisal as Edna is a welcomed casting choice. During Entertainment Weekly's SiriusXM Town Hall on Nov. 21, Fierstein said of the show's racial commentary, which could just as easily be applied to Edna's casting:

"It just happens that we got a wake up call that we weren’t quite as evolved as we thought we were. We weren’t quite as forward. We haven’t made the progress we thought, so it’s kind of wonderful to take a look back and we’re not looking that far back. We’re looking 50 years back, and saying this is where we were.”

Amidst a prolific television and voiceover acting career — which includes work on How I Met Your Mother, Family Guy, Saturday Night Live, Smash, The Good Wife, and Nurse Jackie — Fierstein's most recent turns on Broadway were as a replacement for Tevye in Fiddler on the Roof in 2009 and a replacement for Albin/Zaza in a 2011 La Cage revival. He was also inducted into the American Theater Hall of Fame in 2007. So it's no wonder NBC was anxious to nab him for the part. It's a role he's truly made his own and it'll be nice for a new generation to see his many talents.