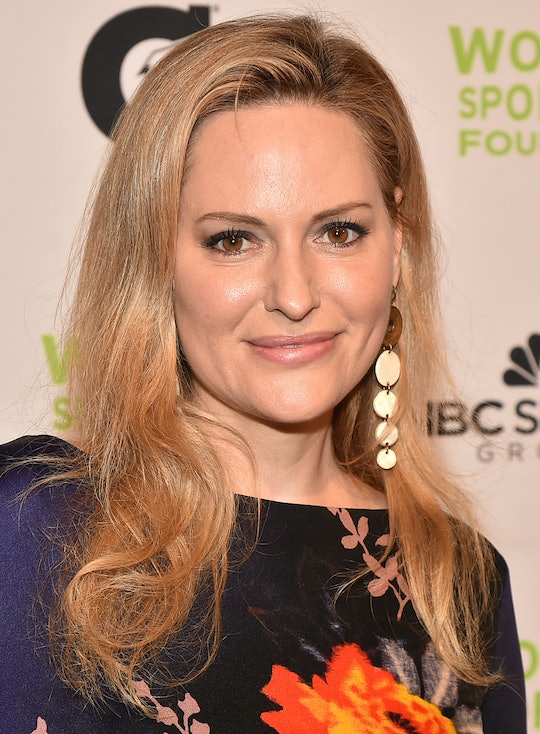 Terry Ives From 'Stranger Things' Has Led A Fascinating Life

Warning: Episode 5 spoilers ahead! In Episode 4 of Stranger Things Season 2, Eleven discovered files about Hawkins Labs in the storage space underneath Hopper's cabin. In them were news clippings about a woman named Terry Ives who alleged that her daughter Jane was taken by the scientists for experimental purposes. It seemed likely that Terry was Eleven's mother, something fans had theorized back in Season 1 when Terry first appeared. But who plays Eleven's mom on Stranger Things? Those who watched Season 1 will remember Terry from her brief appearance while Joyce and Hopper were investigating Hawkins Labs. Aimee Mullins' role was small but pivotal, and Episode 5 shed some more light on what happened to Terry following Eleven's birth.

After visiting Terry, Eleven discovered that she was in a near-catatonic state. She repeated the same words over and over, and didn't seem to truly see or recognize anyone in the same room with her. Terry's sister Becky described her as being "stuck in a dream" with no hope of improving or returning to her old self. However, Eleven was able to recognize that Terry could communicate, just not with words. She seemed to have powers like Eleven's and could use her mind just like Eleven does, which allowed them to meet in the black void space Eleven used to view other people and places.

While in that astral plane, Terry revealed how she had lost Jane. After giving birth, the baby was taken away and Terry was told it was a stillbirth, even though she had seen and heard her child crying. Terry searched for Eleven for years and finally broke into Hawkins Labs with a gun; she got as close as Eleven's room before she was dragged away. Dr. Brenner (a.k.a. "Papa") gave her shock treatment until her mind was damaged.

It was a horrific scenario that revealed Dr. Brenner to be even crueler than he had seemed in Season 1 — and he was pretty awful then, too. It also let viewers learn more about Eleven's mother, the woman who had bravely fought to get her daughter back until she was physically no longer capable of trying. But what about the actress behind the character? Aimee Mullins has led an even more fascinating life than the woman she plays on Stranger Things.

Mullins has had more than one career over the years, and can call herself an athlete, model, public speaker, and intelligence analyst on top of being an actress. She was born with fibular hemimelia, which meant that her fibula bones were missing; it resulted in the amputation of her legs below the knee while she was still an infant. As she got older, she excelled in sports, though she did exceptionally well in academics, too. According to the biography section of her website, Mullins received a full scholarship to Georgetown University from the Department of Defense and worked at the Pentagon as an intelligence analyst over the summer (you know, a normal summer job), making her the youngest person to hold top-secret security clearance there.

At the same time, Mullins was working hard to earn a spot on the U.S. Team for the 1996 Atlanta Games. She became the first amputee of any gender to compete in the NCAA. She set World Records in the 100 meter, 200 meter, and the long jump thanks in part to her cutting-edge prostheses, which were made of woven carbon-fiber and based on the hind legs of a cheetah. After making a name for herself as an athlete, Mullins became a model and muse to Alexander McQueen, appearing in every major fashion magazine you could think of.

She became the Global Brand Ambassador to L'Oreal Paris as well as a regular contributor to TED talks and various charities. She's married to fellow actor Rupert Friend, and takes time out of being the coolest woman on earth to play Eleven's mom on Stranger Things, among other acting roles.