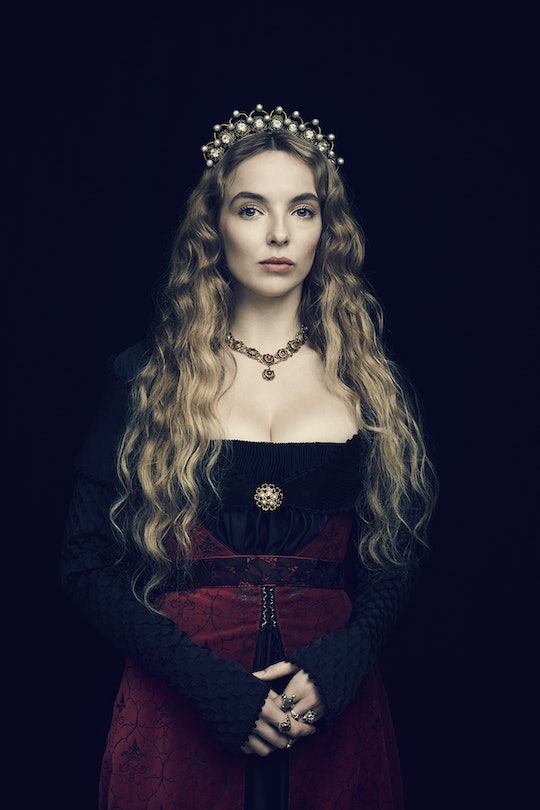 Elizabeth From 'The White Princess' May Look Familiar

I'm excited for The White Princess for a laundry list of reasons. There's the juicy historical drama, the gorgeous aesthetic, and the titular White Princess: Elizabeth of York. Elizabeth is portrayed by English actress Jodie Comer. Americans may not be too familiar with Comer's work, but she is all over British TV — and she just nabbed a BAFTA nomination for her work in the BBC series Thirteen. Judging from her previous roles and the trailer, she seems like an awesome choice for this series. So if you find yourself asking who plays Elizabeth on The White Princess, just know that Jodie Comer may soon be a household name in the states.

The actress is no stranger to the small screen. She's best known for her work in the cult British dramedy My Mad Fat Diary and, more recently, Thirteen. In the latter she plays a 26-year-old who has just been freed from a cellar where she was imprisoned for thirteen years. On Monday, it was announced that Comer received a BAFTA nomination for the harrowing role. In The White Princess, which W Magazine is calling our "Game of Thrones replacement" (can there be such a thing?), she's taking on badass Elizabeth of York during the War of the Roses and her marriage to Henry VII.

In an interview with Refinery29, Comer revealed that playing a Tudor-era woman wasn't easy. Elizabeth and Henry's marriage is initially a business transaction — though in the series it blossoms into romance — and Comer grappled with that. "I just didn’t understand how Lizzie could walk away from this and even contemplate loving this man," Comer told the outlet. "But in those days, these awful things that happened were the norm, and women were expected to do what they were told."

What Comer was drawn to, though, was the fierceness of her character and how different The White Princess is from other historical dramas. Oftentimes, they are written by men; this novel was penned by Philippa Gregory and the series by Emma Frost. Not only is Elizabeth portrayed as strong, but so is Henry VII's mother, Margaret Beaufort. "I think what’s so amazing about these female characters [is that] their power comes from their failures and the way they pick themselves back up again," Comer stated in the same interview.

Seeing as the series is being hailed as feminist by critics and its lead, I can't wait to see how the drama plays out on screen. From the snippets revealed so far, Comer seems to do Elizabeth of York justice.