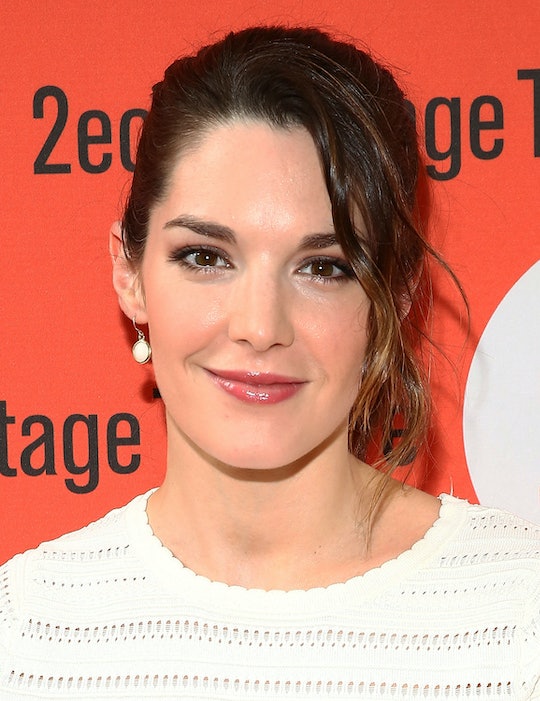 Frank's Wife On 'The Punisher' May Look Familiar

During the second season of Daredevil, Frank Castle was introduced as a much less forgiving vigilante with a dark past. Frank's primary purpose was to avenge the deaths of his wife and children, and while he was successful, the loss of his family is still going to be a big part of about his own story in The Punisher, which will include flashbacks to his life before his family was killed. So who plays Frank's wife Maria on The Punisher? Kelli Barrett plays the mom of two.

If Barrett looks familiar to you it's probably because you've seen her before. Barrett has been appearing on the big and small screen for over a decade now and has appeared on popular series like The Good Wife, Ugly Betty, Person of Interest, NCIS, Blue Bloods, Law & Order: Special Victims Unit, Chicago Fire, and The Blacklist: Redemption. She also had recurring roles on the popular CBS soap opera, As the World Turns, and the short lived MTV comedy series, I Just Want My Pants Back. In film, Barrett appeared in Confessions of a Shopaholic, Red Hook, Remember Me, The Switch, Mr. Popper's Penguins, Zarra's Law, and Happy Baby.

Besides her acting credits, Barrett is also a talented singer and has had roles in a number of musicals both on and off Broadway, including Wicked, Bright Lights, Big City, Ace, The Royal Family, Baby It's You!, Doctor Zhivago, and Rock of Ages. Currently she's starring in the musical Deathless, in Chester, CT.

Additionally, Barrett is one half of the theater couple known as "Sparrett." Her husband, Jarrod Spector, is also a Broadway vet and a Tony nominee. The two met while doing a reading of Piece of My Heart in 2010 and then met up again later that same year and really hit it off. They've been together ever since, though they haven't gotten to perform together as a couple. They did reveal to Broadway.com that they'd love to play Anastasia and Dimitri together onstage one day, especially because Spector is Russian. Hopefully, their dream (and now mine) will come true one day.

When she's not killing it onscreen and on the stage or spending time with her incredible husband, Barrett is speaking about politics and being an activist. Most recently she was part of a Women Rock (the Vote)! event at 54 Below in New York with other women in the industry, motivating women to go out and vote on Election Day.

You can now see Barrett in The Punisher, which is currently streaming on Netflix. Though Barrett's character, Maria, isn't alive in the present day, her role is still pretty big and she's listed as appearing in seven of the 13 episodes on IMDB. Though fans learned about the deaths of Frank's family on Daredevil, this season will take a deeper look at Frank's life before the murders, and show a softer side of him that viewers haven't really had a chance to witness.

It'll be interesting to see the contrast between Frank in the past with Maria and their children to the Frank that now walks around with machine guns and works with a computer hacker. As Frank works through his past, he'll also be working to figure out the conspiracy that led to the deaths of his loved ones. Hopefully he'll be able to find the answers he's looking for and finally get some real closure. While Frank will never forget his family, he definitely should be allowed to move on and find happiness for himself again.