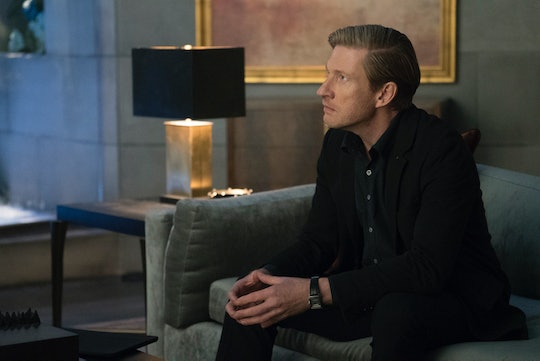 Danny Rand, or Iron Fist, has an amazing team supporting him and that team is made of incredible actors. Finn Jones of Game of Thrones fame will play the titular character; Rosario Dawson is back as Claire Temple; and Jessica Henwick, who's also recognizable from her time on Game of Thrones, will play Colleen Wing. However, just like with any superhero show, there has to be a villain: Harold Meachum fills that role. So who plays Harold Meachum on Iron Fist? If you're a Lord of the Rings fan, you may recognize him.

Australian actor David Wenham snagged the role. Way back in the early 2000s he appeared in the second and third Lord of the Rings films as Faramir, the younger brother of Boromir (Sean Bean). Even if you're unfamiliar with the Lord of Rings trilogy, you'll definitely recognize Boromir from the "One Does Not Simply" meme, not to mention his unforgettable portrayal of Ned Stark on GoT. And when you look at the two actors side-by-side, you can see why they were cast as brothers.

Besides LOTR, Wenham has appeared in a number of films over the years including Moulin Rouge!, Van Helsing, 300, Public Enemies, 300: Rise of an Empire, Paper Planes, and Lion, according to his IMDB page. Wenham's also set to appear in the new Pirates of the Caribbean film, Dead Men Tell No Tales, which is due out later this year.

Though Wenham has done a lot of film work, Iron Fist is by no means his first TV show. In fact, Wenham made his first television appearance back in 1987 on the series Sons and Daughters. Since then, he's appeared on Killing Time, Top of the Lake, The Code, and Banished.

As Harold on Iron Fist, Wenham will play the antagonist. He's described as "a ruthless businessman" and is the father of Joy (Jessica Meachum) and Ward (Tom Pelphrey), who were childhood friends of Danny prior to his superhero journey. On the show, after Danny's parents died and Danny was presumed dead as well, Harold took over Danny's father's company, Rand Enterprises. And based on the previews, it doesn't look like he's willing to give it up, even though it's Danny's birthright.

In the comics, Harold was actually responsible for the death of Danny's father Wendell, and it's unclear if that part of the story will remain true for the show. Either way, it already appears that Harold is not a nice guy, so murder doesn't seem out of the realm of possibilities for him.

You can see just how evil Harold really is when Iron Fist premieres on Netflix on Friday, March 17.