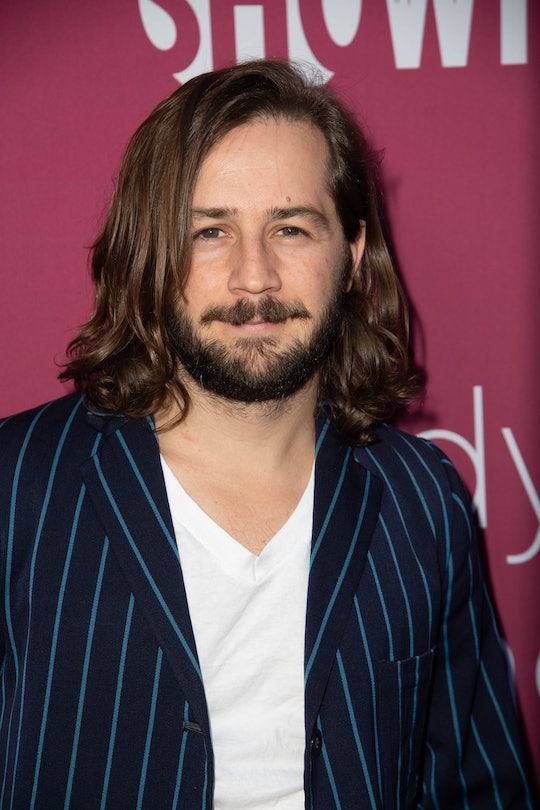 Imagine this: after many months of random sobbing, you finally recover from Season 2 of This Is Us. Jack Pearson's death still haunts you but you've forgiven your slow cooker because the season premiere is on the horizon and you know Papa Pearson still has a place all throughout Season 3. Life is good again. But the next chapter is different, focusing on Jack's time in the Vietnam War and his relationship with little brother, Nicky. So who plays Jack's brother, Nicky, on 'This Is Us'?

Michael Angarano plays Nicky Pearson this season, according to past interviews — including an Esquire write-up immediately after Jack's death. Anagarano is best known for his role as Jack McFarland's son (not to be confused with beloved Jack Pearson), Elliot, on Will & Grace, as well as the Jim-Carrey-produced Showtime series I'm Dying Up Here. The 30-year-old actor has a long resume with credits in Almost Famous, 24, and Mom, among many others. With his level of talent, something tells me Angarano is the perfect Nicky opposite Ventimiglia's protective Jack.

Ventimiglia, as well as This Is Us creator and overall emotion-destroyer, Dan Fogelman, have threaded so many devastating secrets, reveals, and losses (I'm looking at you, William), it's hard to know what to expect going into the new season. Viewers only just learned of Nicky partway through Season 2 in the episode "Brothers" which revealed a whole other layer to Jack's past. The episode featured an old photo of a young Jack and Nicky serving in Vietnam, along with flashbacks to their seemingly troubled childhood, where Jack served as protector of little Nicky around their alcoholic father. The photo implied Nicky died in combat. In the Season 2 finale, Jack told a young Randall and Kevin about his death. Though, if there's one thing viewers have learned, it's that Fogelman is a master at crafting layers upon layers so you can't see what's coming — even when it's right in front of you.

This Is Us showrunners, Isaac Aptaker and Elizabeth Berger told ET Online the storyline involving Jack and Nicky will largely take place in Vietnam, though they're not revealing all their secrets just yet. "We’ve hired [Vietnam War veteran] Tim O’Brien, who is a novelist, to come consult in our writers’ room," Aptaker said. "We really wanted him in there to really get the story right.”

Now that Jack's death has come and gone, viewers may be left to wonder what mysteries are left to unravel in the Vietnam War era. “It’s different than anything any of our writers have done in the first two seasons," Berger added. "To be, all of a sudden, immersed in the Vietnam War is very special and different.”

But that's not all. At the end of the Season 2 finale viewers glimpsed an adult Kevin (played by Justin Hartley), with new girlfriend, Zoe (Melanie Liburd), on a plane to Vietnam where, you can assume, they're headed to unpack more of Jack's (and possibly Nicky's) past. In a recent interview with EW, Ventimiglia spoke of the brotherly relationship fans can expect saying, "They’re very close. They had that shared experience of being raised by their father, so they really had to look out for another, but they also are different spirits."

To make the premiere even more interesting, some speculate Nicky never actually died, but let his demons get the best of him and he and Jack parted ways. Regardless of what becomes of this tangled thread, it's important to see the times that shaped Jack into the man he ultimately becomes for his family. Ventimiglia promises this season won't coax "buckets of tears like when Jack died." Seeing as I've cried "buckets of tears" before, during, and after Jack's death — while simultaneously grieving Randall's biological father, William — I'm not sure I believe him. And I'm totally OK with that.